One of my sweetest childhood memories is of my Grandfather’s farm. It was a simple farm set among beautiful rolling hills in southeastern Ohio. We lived a ways away so going to the farm was always an adventure and a pilgrimage.

Sometimes we would arrive long after dark. After eating a bowl of cereal we would go up to bed in the big bedroom directly over the living room and try to go to sleep. The old house had no heating ducts running to the upstairs bedrooms. Heat radiated up the stairs and through a register cut in the floor of the bedroom. The register also allowed light and sound to rise into the room.

I would get out of bed on those nights and lay on my belly and look down into the living room. I loved the musical sound of happy voices drifting up from below. All the adults would stay up for hours later than usual catching up on news and talking about old times. I listened through the grate that was directly over my Grandpa’s chair. 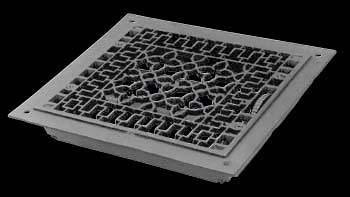 Grandpa was a story-teller. He had a way of painting pictures with words. He told of childhood memories, some of them sad and some of them silly. He told war stories of his time in the South Pacific during World War II. He told stories of his experiences as a diver, a boxer, baseball player. He told of what it was like to live through the depression. He told of his experiences as a country pastor and he told stories from Fiberglass in Newark Ohio where he worked for 37 years. He told stories about things that happened on the farm and colorful interesting characters he knew from the community.

Sometimes in the summer we all attended a church conference in southern Ohio together. All the men would sleep in a simple old building built long and low like a barracks. They called the meeting Christian Union Council. At night lying in their cots before sleep one of the old preachers would play his harmonica. He was a meek old bachelor from southern Ohio named Sooter Hoople.

After the last strain of the harmonica music faded to the sound of crickets the men would tell stories. I lay in bed listening, never saying anything, feeling secure and happy, and enjoying the company of these simple Christian people. Grandpa’s stories were always favorites. I could tell that Grandpa was a man people loved and admired like I did.

Maybe it was looking down through the heater grate in the old farmhouse that I first began to feel the power of stories. Maybe it was lying in my cot on the old conference grounds in Greenfield, Ohio. Maybe it was sitting in the pew in the tiny church in Linnville when I would be aroused from my daydream in the middle of a message by the insertion of a personal story. Maybe it was in the after-school Bible clubs that my mother taught or listening to Aunt Bea on Children’s Bible Hour, or listening to Dad’s preaching. (Isn’t it always the stores that we remember most about preaching?).

There is something in me that longs to express itself in stories. Brew some coffee, friend, put another log on the fire and pull up a chair. I have stories to tell.

(Next time we visit I’ll tell you all about my pagan barber unless I change my mind).