Autumn breaks the stranglehold of summer’s heat. The corn dries and the fields slowly turn from green to golden. Birds flock and fly south. The air becomes clear and the sky bluer. The last flowers of the season bloom and farm markets spill over with bounty. Grains await the harvest forming a patchwork quilt of field, pasture, and woods. These are days to be outdoors.

One year when fall came to the hill country of Ohio we set off in the family car to spend the day together. Our intent was just to follow the hood ornament. We might take in a farm market or antique store. We might visit a few craft shops or browse a book shop.

We drove north from Mount Vernon, Ohio along State Route 3 through Amity and Jellico and along the Mohican River valley. Route 3 is a good road with wide, clear, elevated views of forest and farm. The colors were near their peak. Our intent was to follow Route 3 north to Loudenville and then travel east into Holmes County for the day. Maybe we would have Trail Bologna sandwiches and a dessert of coffee and cheese tarts. We never reached Holmes County.

Coming into Loudenville we were distracted by a banner stretched overhead that invited us to their annual street fair. Sights, sounds, and smells delighted the senses as we parked and strolled the streets of the quaint village. The Methodist women grilled onions, peppers and sausage. The JC’s supplied perfect sweet corn. The pumpkin pie was the pride of the Presbyterians. One vendor sold roasted cinnamon almonds. The rides were simple. There were ponies for small children. A Ferris wheel lifted people high over the town. Delighted children rode the Carousel waving chubby hands each time they passed their parents. Couples walked arm-in-arm. I sipped coffee and savored the day.

On the west end of the street sweet music drifted up from an elderly man playing the fiddle. Down a side street we strolled among craft booths and shops. A choir made up of senior citizens was singing and we stopped to listen. They finished their number just as we arrived and slowly made their way off stage leaving a single elderly man standing alone. He leaned on the corner of the piano. He wore a tweed cap and jacket and a hand-tied bow tie and his eyes shown while the introduction played. I’d never heard the song before or since but I have never forgotten it. It was an old ballad entitled: “O, I Wish I Was Eighteen Again.” As the old gentleman sang a stillness quieted the streets. The fair patrons stopped and listened until the song was done. It seemed that no one moved until the last few notes of the song drifted out over the crowd like mist on the cool autumn air.

The old man smiled and tipped his cap to the applause. The people began to move again and chatter and the children pulled their mothers toward rides, candy-apples and cotton-candy.

We drove back along Route 3 over the Mohican and between fields of half-harvested corn, the way of migrating fowl. The moon rose with the early onset of dusk. We drove in silence. The old man’s musical reminiscence stayed in my heart and moved me again to cherish life and savor all of its legitimate delights. The older I get the more often my thoughts are hushed like the crowd that day and I wish I was eighteen again.

David must have had similar thoughts. In the Thirty-ninth Psalm he wrote; While I was musing, the fire burned. Then I spoke with my tongue: “LORD, make me to know my end, And what is the measure of my days, That I may know how frail I am. Indeed, You have made my days as handbreadths, And my age is as nothing before You; Certainly every man at his best state is but vapor. Selah Surely every man walks about like a shadow; Surely they busy themselves in vain; He heaps up riches, And does not know who will gather them. “And now, Lord, what do I wait for?” My hope is in You. (NKJV)

We have no hope of returning to live our youth again but in Christ we do have a better hope which is eternal. It is “…the hope of eternal life which God, who cannot lie, promised before the world began.” (Titus 1:2 NKJV) 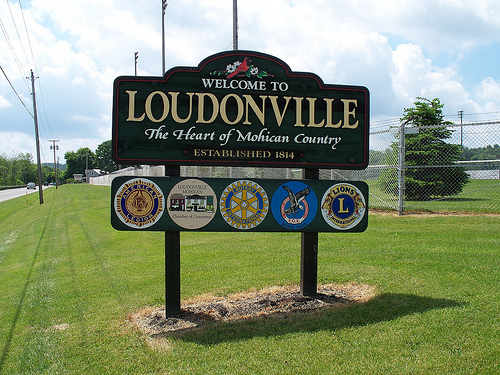 A Cup of Noodles