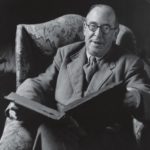 In the seventies Jim Croche recorded a haunting song called “Time in A Bottle.” You probably remember it. The song laments the swift passing of time and it’s made all the more poignant when you realize the singer himself was killed in a plane crash when he was a young man.

A dear fried of mine was named alumnus of the year at Cornerstone University in Grand Rapids in October. On the way back to his home in Chicago, he was killed in an automobile accident. Reminders of the swift passing of time and the brevity of life are everywhere.

C. S. Lewis wrote a creative little book called The Screwtape Letters, a collection of correspondence between a senior demon named Screwtape and his nephew Wormwood. The older demon is coaching the younger one in the art of disturbing and damning souls. One letter contains a story that illustrates how demons use the swift passing of time to their advantage.

Here is the way I remember the story. The demons in hell were summoned to a conference with the great Evil One himself. The purpose of the meeting was to exchange ideas about tactics that had proven effective in damning and discouraging souls.

One young demon rose and addressed the meeting. His idea was nearly as old as time itself. “In our region we have found one lie especially effective. At strategic times we simply suggest there is no Heaven,” he said. There was a murmur of approval from the thousands of demons gathered there.

After a brief silence another demon stood to address the group. “Better yet,” he suggested; “We’ve been telling them there’s no Hell. We have even solicited the cooperation of some seminary professors and respected members of the clergy in nearly every denomination!” This time the noise of approval included a few sinister chuckles as the demons imagined the pleasure of tormenting people forever who had been taught by their own pastors to doubt the reality of hell.

The meeting grew quiet and toward the back of the room an unusually wicked demon cleared his throat and spoke with undisputed authority. An evil smile parted his lips and his eyes were red with hatred. He spoke with a smooth, deep voice. “I have a better plan. It’s been very effective for years where I work. We don’t try to convince them there’s no hell and we know that most people won’t believe there is no heaven. We just tell them there’s no hurry. The smell of sulfur filled the air, the cries of tormented souls was mixed with the hiss of the fire and the meeting was dismissed.

Most people have good intentions. They have a long list of good things they intend to get to some day. The frightening thing is that some very, very important things can be moved so far down that list that they will never happen. In some cases eternal destiny is what hangs in the balance. That could be tragic in the extreme. When a little voice tells you there’s no hurry don’t believe it. Life is short, fragile and uncertain and eternity may be just around the next bend in the road. 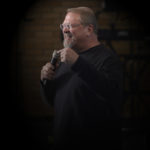 The Sacrament of Living

Packing for An Adventure