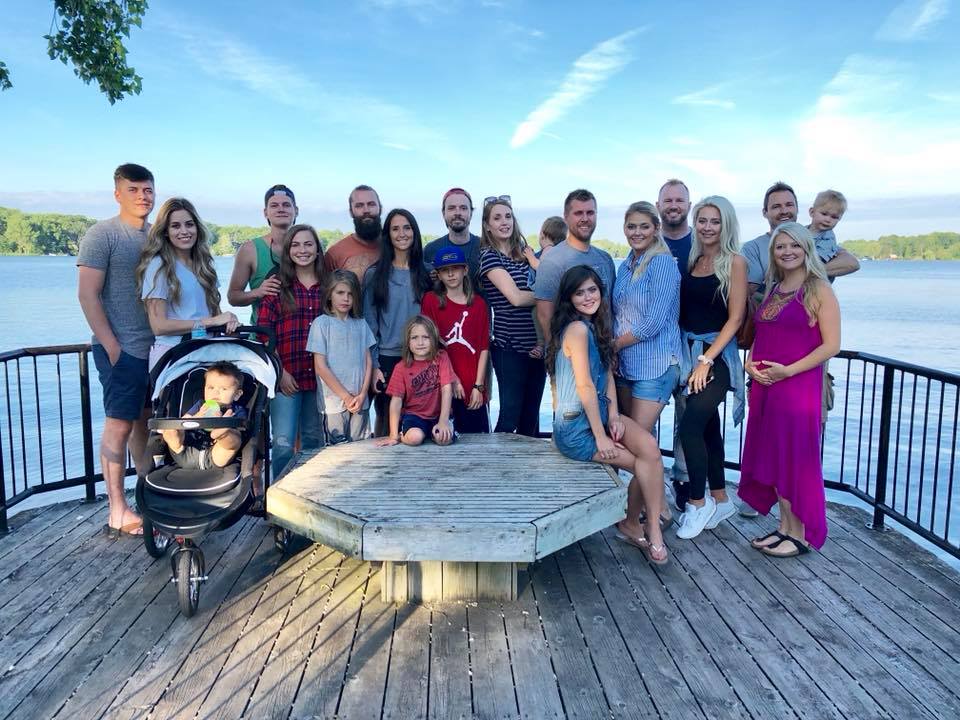 The house is quiet. Soft instrumental music floats easily from the speakers in the dining room. Candles burn on the mantle and table. The home is filled with a pleasing aroma. The children are reading except for the second oldest boy who is concentrating on a game of chess with Dad. Mom is working with the girls on a beautiful quilt. It will be a gift for a favorite missionary couple in Alaska. Dinner was cleared away and the oldest girl is now setting the table for a very special dessert. It is a cake with pineapple and orange frosting. Coffee for Dad and the older boys tonight is a special almond flavor, the scent of it wanders around the house.

The phone rings, but the ringer is low and no one moves to answer it. Before bedtime the music will quiet and the games and dishes will be cleared away. The family will gather in front of the fire and enjoy a time of prayer and sharing. Hearts will be opened and Dad will read from the Bible. Then everyone will kneel for prayer before bedtime for the younger ones.

The older ones will spend another hour reading a classical novel aloud, Mom works on some Thank-you cards. When the fire burns low the family secures the house for the night.

It has not always been this way. A few months ago this same family rarely ate a meal together. Everyone had their organizations and events, church, hobbies, community and school there was no time to be a family.

One fall day in a Campground in Kentucky the family sat around a fire and discussed the direction they had been taking. Earlier that day that had wept when they looked at the picture albums. The picture collections documented how quickly the children were changing and growing.

Their times to be together as a whole family were quickly slipping away. If any changes were going to be made, they would have to be made soon. That night Mom and Dad lay in their sleeping bag they prayed. They prayed that somehow God would allow them to have more times like the autumn weekend they enjoyed. They prayed that they would have more times all together as a family, with no distractions, or interruptions, plenty of talk and just being together, laughter and time to pray and talk about the important things, what they believed and what the Bible teaching about the important issues of life.

Soon the tent was quiet except for the children’s soft breathing. Outside the tent a softer whisper of wind in the pines on the ridge overhead, crickets, frogs and the constant gurgle of the water winding over rocks in the stream.

Dad got up quietly and slipped a sweatshirt on. He walked along the stream until he found a stump where he had started the day with his Bible. His soul was very quiet and he had a clear sense that something vial was going on inside his heart. He leaned back his head and drank in the dark outline of the mountain against the night sky.

Since he was a little boy lying on the front porch of his grandfather’s farm house he always thought about the vastness of God when he gazed into the night sky. It was a cloudless night and the stars where brilliant overhead. He breathed slowly and let his lungs fill over and over again with the cool, fresh mountain air. He felt as if every breath expelled more of the frustration and confusion that had clouded his heart over the past months.

He was busy and felt that he was not in control of his life. He tried to deny it but when he was honest, he knew that his family was slowly growing apart. They were each going their separate ways, pursuing their own interests. They were passing like ships in the night on their way to distant places.

That late that night in the mountains, a vision formed in his soul.

As he gazed into the starry heavens everything became clear. He knew what he would do. He stayed out listening to the music of nature, the owls and the brook, and the night insects for another hour. He spoke quietly with God, making vows as serious and as binding as he had ever made and he knew from that night forward things would never be quite the same again.

When he rose from his knees his heart was light and his mind was clear. He made up his mind that he would not talk about what he had purposed in his heart to do that night, but when he got back to town, changes were made. He began to say no more and chose to do without a number of the expensive trinkets that forced him to work overtime. He resigned a board and a couple organizations. He sold some things and took a load of unused things to the Goodwill. He organized his life and his schedule and made time for the most important things in his life and the most important people. The changes caught on. With a little encouragement the children began to throttle back on their outside pursuits.

A week after they returned home he stopped at the office supply store on the way home from work and bought a little package of adhesive red dots.

Those red dots would change his life. That night they all sat in the living room and marked a day a week on the calendar with the red dots. No one would accept any appointments or outside engagements on red dot days. The phone would not be answered on “red dot” days. The television would not be turned on on “red dot” days. No one would go out and no one would be invited over. They were sacred family times set aside for the family alone. The girls would always plan special food and the boys made sure there was wood for the fire. Mom always tried to create a special atmosphere in the home for family nights. In the summer they made a deal with themselves that they would watch the sunset on Lake Michigan at least ten times.

Over the years the family collected a whole cupboard of games and a heart full of treasured memories.

Each of the children will grow up and leave home and form families of their own. Each of the children will cherish memories of those simple, quiet, unhurried family times. Each of them will have “red dot” days with their own families. And years from now when the driveway fills with cars and the grandchildren scamper in with their cheeks all aglow with the cold and excitement of a holiday, the “red dot” days are what the family will remember most. Old photos and old videos will come out again and the tears will flow. They will sing the old songs and laugh and cry and stay up late. They will remember the nights that bound them together in love forged their character and laid the foundation for their values.

And the house will quiet in the evening and all the grand children will circle their grandfather and he will weave a tale that will keep them all silent in wonder. Before the fire dies on the hearth he will tell his favorite story about a quiet starry autumn night on a mountain in Kentucky years ago. And then they will kneel together and pray.