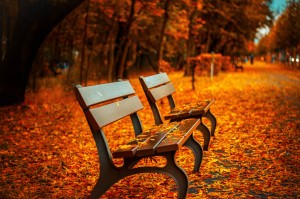 “As a follower of the One who couldn’t look on a crowd without weeping, I have a long way to go.”

There is a street character around here who calls himself Punkin. He stops by the Inn and makes himself at home whenever he can get away with it. He has some mental challenges but he is sharp enough to figure out when he can slip in without being stopped. When he can he usually goes strait to the kitchen without permission, pours himself a cup of coffee and starts to pressure the kitchen staff for food. He is very demanding and I suspect was not raised in an English country manor with a governess to teach him etiquette. I have told him very directly that he is not to go into the kitchen. He is to call for me when he comes. We don’t want to turn anyone away hungry so we have worked out a plan for people to do a little chore in exchange for a meal. That usually works out well though it often comes at the most difficult times and seems an interruption. I know enough to realize that often the interruptions really are the main work.

Once he showed up at the very minute we were welcoming very special guests who were visiting the Character Inn for the first time. I saw the guests drive in and stepped out to welcome them just in time to see that Punkin was there and he volunteered to show the guest where to park. Without being asked he just jerked open the door and hopped in the passenger seat. I hurried over, pulled the door open and insisted that he get out. He was determined but finally yielded. I scolded him mildly and he took it with his head down.

A few days ago I drove in and Punkin materialized out of nowhere. When I looked up he was staring into the widow of the van. I was listening to an interesting radio broadcast and had things on my mind. I was not in a good frame of mind to deal with Punpkin. He pressed his face up to the glass. I rolled down my window.

“Do you have some change, man, I need something to drink. I’m thirsty.”

“Can I have that pop there?” He said, pointing to a warm can of Diet Coke Lois had left in the van.

“I don’t care,” he said reaching across in front of me and taking it before I could hand it to him. Then he frowned and said, “It’s diet” as if he ordered it and I brought the wrong thing.

“Pumpkin, that’s what I drink. I drink diet.”

He said, “I like you, you remind me of my dad.” And then he turned and walked away. I eagerly started to roll my window up, glad to get on with my other plans. He stopped and looked back before the window was all the way up and said, “I love you.” I think he says things like that so I will have cold regular Coke for him next time. But even if he did tell me he loved me to soften me up his words unsettled me. They came as a rebuke. I rarely let someone tell me they love me without saying it back but the words didn’t come. I couldn’t say it back without feeling like a hypocrite.

I rolled the window up and sat in silence for a few minutes. It’s hard it is for me to really love from the heart when I have something else on my mind. As a follower of the one who could not look on a crowd of people without weeping I have a long way to go.

A Universe of Truth