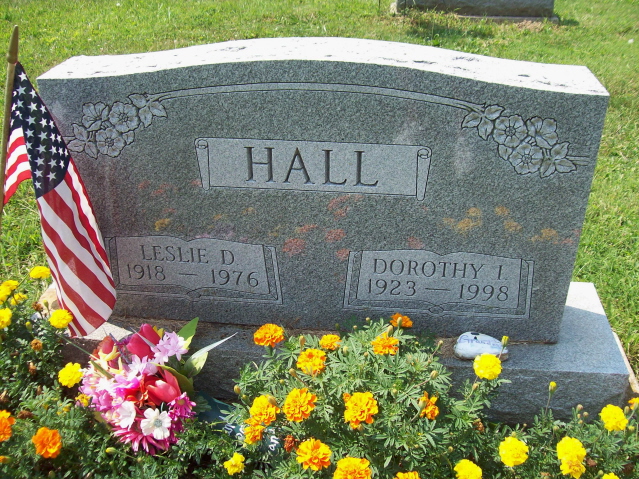 In the spring of 1987 we moved to Mt. Vernon, Ohio to pastor a little village church. The church custodian was a widow named Dorothy Hall. Dorothy was a servant like Dorcas in the Bible. (Acts 9:36-42) She was a true friend to me and to my family. She would ask us what foods we liked and fix them for the family. Almost every Wednesday evening of our pastorate she fixed us a full evening meal even though it was hard for her to stand on her feet. She insisted on delivering it personally even though it was difficult for her to walk. The children would run and shout, “Dorothy’s here. Dorothy’s here” when her brown car would pull in. Then they would run out and carry in baskets of food.

She once found out about a sandwich I liked and she would drive all the way into town and bring one back for me. She helped me know when someone needed a pastoral visit. She planted flowers around the church and worked to keep them lush and beautiful. She told me stories to help me understand the people of the community and the heritage of the church. She was the sounding-board for all my messages. She warned me when there was a dark cloud on the horizon. She was a companion to me and a true loyal friend.

She and her husband raised five children on the farm. When I think of Dorothy I remember two things she used to say. She often told me that she noticed especially with her husband and sons that everything went smoother and everyone was happier if she made sure that everyone had a full stomach.

There was another life lesson she repeated to me more than once when she could tell I needed encouragement. It was something she learned from the vet. He had visited because their prize dairy cow was sick. The vet walked up on the back porch and solemnly delivered the news that their prize dairy cow was not going to live. It was a hard blow to the family. They were depending on the cow. They had no insurance and no way to replace the cow. The wise old vet waited for few minutes while Dorothy and her husband adjusted to their loss and then he quietly said, “Remember to thank the Lord that the sickness is out there in the barn and not in here in the house.”

Those were two simple lessons I remember from my many conversations with my friend. When everyone has a full stomach everything goes a lot smoother. When sickness comes to the barn don’t despair. Thank God it’s not in the house.

We moved away from Ohio over six and a half years ago. One sunny afternoon I was cleaning my garage and the phone rang. It was my brother Nathan. Nathan said, “Ken, Dorothy Hall’s funeral is today.”

After I hung up the phone I went back to my sweeping. I smiled when I thought of Dorothy and I cried some. I thought how much I would like to have been there at her funeral. I would have said, “Dorothy Hall was a great cook, a friend to the pastor and a true Christian. She helped me keep things in perspective and she helped keep hunger and discouragement away from our door.” Then I think I would say; “Let’s go to the fellowship hall and get something to eat. We all feel better on a full stomach.”