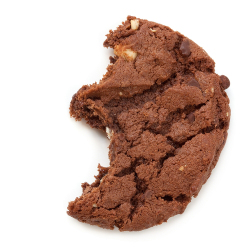 I was in the king of all traffic jams a few weeks ago. We were traveling in two cars. We were in the lead car. We were zipping along right on schedule. We were headed for a speaking engagement and making a camping trip out of it. It was in South Haven so we were looking forward to seeing the sun set on Lake Michigan from the door of our tent… if we could get there in time to get our camp set up. I was riding in Kyle’s Volvo with Wes. Chuck and Dan and Blake Snowbarger following in Blake’s car. The air was crisp with a tinge of autumn. The trees were starting to change into winter clothes. Our sunroof was open. We were talking and time was moving and we were making great time.

If you do any traveling you know that sooner or later you are going to have to endure slow traffic. When the traffic slows to a crawl how you respond is completely up to you. You can curse and fuss and snarl at others. You can drum the steering wheel and tailgate the car ahead of you. You can dart from lane to lane and hop from channel to channel, or you can relax and use your imagination.

Like most men I like to make progress on a trip. I think it’s just a male instinct of some kind. I like to measure my time against my last trip. I like to calculate the miles and the miles per hour and set the cruise control and zip from city to city. I especially like it when I can talk one of the kids into driving so I can write or read on the trip. There is just something satisfying about that to me. If you’re a girl I’m sure you won’t understand this.

Suddenly up ahead brake lights started coming on and we found ourselves in a freeway turned parking lot. Traffic crept forward while the sun dropped lower and lower in the sky. A half hour later the traffic was just creeping forward when something hit me… I mean something literally hit me… in the head. At first I thought if was a rock. It startled me but it didn’t really hurt. Fragments from the mysterious projectile showered the car. My first thought was that it was a UFO attack but then I caught the scent of ginger and realized that I had been pelted by one of our own famous Character Inn ginger chip cookies. This cookie is the pride of our own Chef, Kim Cahill. She created it for our lunch customers.

The cookie had been tossed from the car behind us. Buoyed by his success Chuck unleashed a barrage of baked good upon us. Cookies hit the car with a thud like anti-aircraft fire. One after another of the cookies hit the car. Some landed on the trunk and three or four stayed there. A few came though the sunroof and I ate one wishing for some dark coffee.

Others caught in the traffic looking on with open amusement. A couple ladies rolled down their window and asked Chuck to toss them a cookie. Concentrating on the cookie they nearly rear-ended the car ahead of them. I chuckled when I thought of them explaining that to the investigating officer and the insurance adjuster.

We were defenseless under attack and without any ammunition. I considered using 911 to call in the authorities. But I hated the thought of Chuck having a criminal record. Over all he’s been a good boy. He’s just had this problem since he was small. We’ve done all we can to help him but every time he can find anything to toss he can’t help himself. That’s what happened with the cookies. He had a big bag of cookies. He was bored in the traffic jam. The target loomed large ahead of him. It was all to much temptation to resist. One thing led to another and before he knew what happened he had emptied the whole bag of gourmet ginger chip cookies on us regardless of the bemused onlookers. He just chucked one after another without considering the plight of the world’s hungry or the danger of throwing things into moving traffic, or the folly of arousing the anger of our Chef. When these things happen he just looses all inhibition. He is completely and totally out of control. He’s not responsible. It’s a disease, you know, maybe even a chemical imbalance.

For a moment the traffic stopped. By this time we had attracted a great deal of attention. Suddenly the driver of a service van threw open his door, bolted from his car and snatched a cookie off our trunk. He scampered back to his truck drove away. When we caught up with him and looked over he was just munching away with a big satisfied grin on his face. He gave us the “thumbs up” signal. The ginger chip is a very good cookie. It’s great with coffee or milk. It’s great for tailgate parties. You can share them with friends or even strangers and it is also great as a projectile when you are bored in slow traffic.

Next time you get into slow traffic, don’t get all in a lather. You know that’s bad for your high blood pressure. Don’t curse your fate or be hard to live with. Don’t tailgate other drivers or get involved in road rage. You don’t need to behave that way. What would your mother think? Take a lesson from Chuck. Look around, take what you have a throw a party! Have some fun. Use your imagination. Don’t be so cross and boring. Take along a map and compass, some jumper cables, your AAA card and a bag of cookies… to snack on.

A Gift from Nathan

Did Your Mom Tell You This?