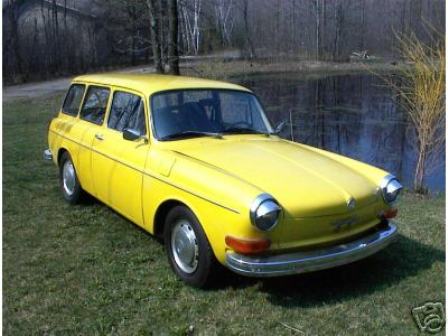 On a snowy winter morning a couple years ago I got a call from the airport. A father and daughter were there, Richard and Joanna Barb. They needed a ride because they were on an adventure. They are from California but they bought a car on e-bay from Birch Run, twenty-five minutes north of here. It was a canary-yellow ’72 VW Squareback. Isaiah Mays, one of our men here, went to pick up the car for them and it was waiting here for them.

Their plan was to do the needed maintenance on the car and drive it back to California. I like it when people let me in on their adventures. It’s like reading travel/adventure writing or a good trail journal. Ken Krause and I picked them up from the airport.

Richard was not at all intimidated by a 2000 mile road trip in January in a thirty-two year old car that is notorious for being cold, oh so cold. I know. I owned a ’72 Beetle. It was a wonderful little car except for one thing. The engine was air-cooled and the heating system didn’t work well. It was so cold in the winter I had to carry an ice scraper to keep ice from forming on the INSIDE of the windshield as I drove along. On a trip I would take along the warmest clothes I could find, bundle up in a blanket and just shiver my way across the country.

Richard ripped right into the little car removing the engine to replace the clutch. He did this with tools he brought with him on the airplane. His daughter Johanna stood by to help. At one point he needed to modify a part and was using a table saw when his adventure took a tragic turn.

His hand slipped into the saw blade. When he drew back his hand he had nearly severed his index finger. We drove him to the hospital. Through the whole ordeal Rich never lost his spirit of adventure or his patience. I think I might have turned into an ogre on the spot.

A few days later Rich and Joanna left without the car and flew back to California. Today he is well. His finger was saved and he has fully recovered. They sent a transport for the car and it is at their home in California now. It’s not on the road yet but someday they still hope Johanna will use it to explore the back roads of California.

I guess some people would consider it a great waste of time, money and effort. I don’t think so. Not at all. I think Richard is a very wise man and I admire him. I think Johanna is a very blessed girl. I don’t think they will ever forget their cross-country adventure– even though it didn’t go as planned. I don’t think Joanna will ever doubt her father’s love for her. He sacrificed to show it and when their Father-Daughter adventure took a tragic turn, he didn’t turn into an ogre over it. 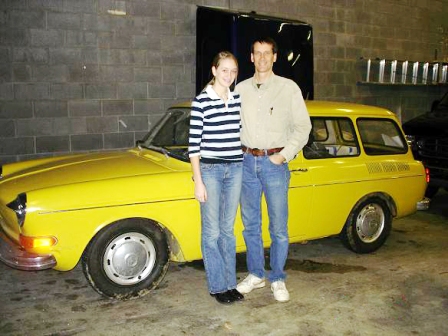