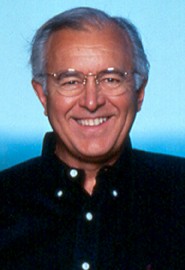 This fall I was asked to speak at a retreat in the beautiful Northwoods. Among the guests at the retreat was a well-known Christian author, Gary Smalley. I was thrilled to be able to speak to him personally for the first time. His book, The Key to Your Child’s Heart, as been a favorite of mine for over twenty years. Over and over again I have thought of the message of that book when I was tempted to me irritable or short or angry with the children. It was a happy experience for me to be able to shake his hand and tell him how much his book had been a help to our family.

One afternoon Gary was persuaded to treat us with a talk. Gary’s talk was about the heart. He began by telling of his near-death experience while on a hunting trip. He had a serious heart attack and thought he would die before he was able to get out for medical attention. He said that he had a perfect calm in his soul about going to be with the Lord. Gary has a wonderful sense of humor. When he thought he was dying he said;

“Lying there on the ground I really thought I was going to die. I just looked up into the sky and said; â€˜see you in a minute, Lord.'”

Obviously, Gary lived to tell about it. My hope for each of you who read this is that you would have the confidence of David who said; “Yea, though I walk through the valley of the shadow of death, I will fear no evil, for thou art with me.”