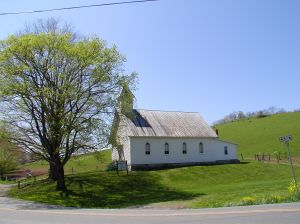 On nearly every street corner in every city and town and village and berg in America a spire points heavenward in evidence of the vitality of the Church of Christ. The power, truth, and endurance of the Christian message are displayed by the singularity of the gospel message which is proclaimed in a variety of ways by very diverse groups across the land and around the world.

As the sun sweeps across the earth on Easter Sunday morning our brothers and sisters in Christ are celebrating the Resurrection of Christ. We may differ on the way we govern our churches. We may have differences of opinion about other doctrinal issues. Some of our divisions and differences displease the Lord. Some of our separateness is evidence of our obedience to the Lord and our desire to be people of conviction about truth. Some of it is cultural. But we know that everyone who has called on the Lord Jesus alone for salvation through the blood of Jesus Christ is a part of our spiritual family.

There is a great and far-reaching factor that unites every true Christian. Our faith, trust, and confidence for salvation are in a Risen Christ. We serve a risen Savior! We may baptize differently. We may sing different songs. We may meet in homes or store fronts, or cathedrals or warehouses. We may sing the great anthems, or Christian classics or we may praise him with acoustic instruments and nasal voices, but all of our hearts are filled with the wonder of the Living Christ.

And the same is true all over this great land of ours.

Where waves lap the rocky shores of Main

Where sun bakes the red clay of Georgia

Where daffodils bloom on green hills of Pennsylvania

Where cows graze on the farms of Wisconsin

Where snow blankets the pines of Michigan

Where sand covers the deserts of New Mexico

In wooden chapels in mountain villages

From the Canadian border to the gulf of Mexico

From the Spokane to Cape Cod

In converted super-markets in Americas suburbs

To the white beaches of Miami, Florida where a young man preaches on the beach

In cities and villages and county-side

In colleges and universities

Because Jesus Christ is alive he inspires us to worship, and preaching, and song. Little children lisp His praise. Gray-haired saints weep to hear it.

In the homes of the Amish in the rolling hills of Ohio were the men and women sit on opposite sides of the church and the women were head coverings and the hymns are sung in high German. They bring the benches in every week in a horse-drawn trailer and gather in the afternoon to eat together while the children stroll on the lawn. Young church-planters rent cinemas and sing to the accompaniment of a synthesizer. In tiny mountain churches the hymns are accompanies by tinny upright pianos. In stately, historic downtown churches majestic organs ring with triumphal anthems. Great clapping swaying choirs in inner city churches faces radiant with the joy of Christ. Church bells peel out their devotion to the living Christ over city and countryside.

Some preach the gospel wearing robes and following the church calendar and using liturgies. Some shout and pound the pulpit and work up a sweat. Some preach intellectual and philosophical messages. Some pulpits are occupied by bi-vocational pastors with simple messages and humble circumstances. But all true faithful gospel preachers declare the truth of the risen Christ, the holiness he demands, his resurrection and the grace he supplies.

The message of all true churches is the message of the cross and the resurrection. Every true herald of the Gospel will turn a corner in his message and lead his congregation along the Via Dolarosa to the Cross. He will guide them past the wonderful horror of Calvary and look in wonder on Jesus dying for our sins. He will lead them to the garden in the misty early morning light and behold the wonder of the empty tomb.

Not just here in America, but all over the face of the earth.

In Cuba, thirsty as a sponge for the water of life

In thatch huts in tropical climates

In chapels in once -communist lands filled to every corner with eager youth and old, faithful Babushkas

In thousands of house churches in China

And all from a frightened confused band of eleven unlearned and ignorant men and some faithful women to every continent on the globe! There is only one possible explanation for that; Jesus Christ is alive! Civilization as we know it we owe to the impact of the Church of Christ.

The value placed on human life

Helping the poor and weak

Freedom for all – civil liberties born with Christianity

The contribution of Christianity to Science

The positive impact on Sexuality and the family

The blood of the martyrs is still the seed of the church. Wherever the greatest hostility toward the faith is found you will find the deepest faith. Who could ever have guessed in the last twenty years the fall of communism and the role the church would play in it. Who could have predicted the hunger for the gospel in these one dark oppressive lands, like Russia and Romania. In Korea one church has 500,000 in attendance each Sunday many others have tens of thousands. In China today missiologists say the most thriving expression of the church in the world operates in the midst of government oppression.

In Iran and Iraq today there is a growing number of devoted Christians. Many pastors have laid down their lives in the last few years as the cruel arm of Islam has tried to snuff out the fledgling church in that land. In Central Africa Muslim warriors have swept into Christian villages, killed all the men and subjected the wives and children to the worst imaginable kinds of slavery and abuse, but the church still thrives in an atmosphere of homicidal oppression and starvation.

When Jesus said; “I will build my church and the gates of hell will not prevail against it.” He had a tiny band of lay-preachers. It appeared to be a tiny and inconsequential sect that could not survive the death of its leader.

Today the whole earth is full of His glory.

Greater triumphs await. Jesus has promised that there will be a time when the whole earth will be full of his glory as the waters cover the sea. Easter is a day in which we can rejoice in the victory Christ has won over death, sin, the grave and hell.

As certain as winters cold snows are melted away by spring’s warm sun.

As certain as the frozen earth yields to the purple crocus, and yellow daffodil and tulip beds are filled with a rainbow of color,

As certain as the living green comes back into the lawn and the robin arrives to ply it’s surface for worms.

As certain as the birds return to the feeder –

So one day death’s icy hold will be broken –

Disease will claim no more children –

Cancer will no longer separate us form our loved ones –

Sin will not foul our relations with people…

Families will not be broken – 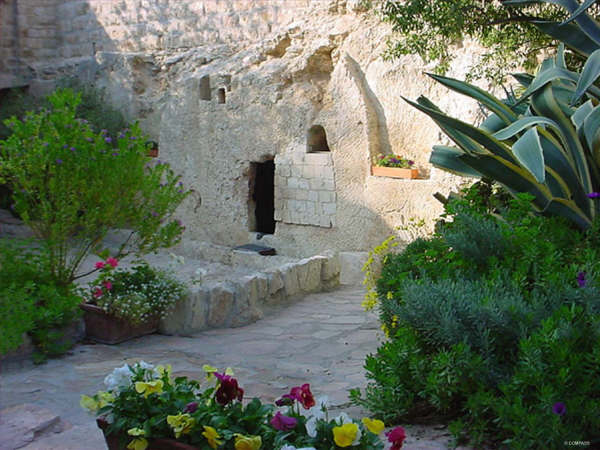 We Never Knew Her Name