Russell Williams told me a sad story one day. Russell has a beautiful Christian family. He has devoted his early retirement to tireless Christian service, living in Christian community and serving others with his many skills. He is a man of ringing Christian character. He is a loving husband and father. His prayers are rich and sincere. His bright eyes are full of life. He is an intelligent man. He has the kind of sense of humor that I love. I’ve seen him laugh until tears come to his eyes. He and his wife have labored tirelessly and lived sacrificially to raise a beautiful Christian family. He is a sincere, principled, Christian man.

He once told me that when he was a young man in the Navy on shore leave he was eager to fellowship with a group of Christians. He was many, many miles from home and family, but his heart longed for Christian fellowship and a place to worship God with others. On Sunday he made his way to a church, but when he arrived an usher met him at the door and he was not allowed to enter the building. He was told that he would have to watch the service through a window, because he was a black man.

I had known and loved Russell for a couple years before he trusted me with this story. My heart grieved to think of my friend, as a young man, un-welcome in a Christian church because of the color of his skin. I wondered if the people of that church knew that Jesus was not a white man. I wondered if the church supported missionaries to Africa. I wondered what they thought when they read passages like Revelation 5:9;

And they sang a new song, saying: “You are worthy to take the scroll, And to open its seals; For You were slain, And have redeemed us to God by Your blood out of every tribe and tongue and people and nation. 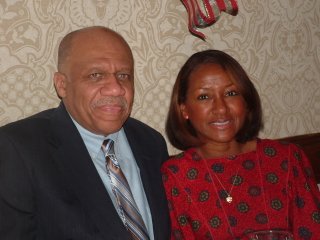 Today would be a good day for each of us to get on our knees and repent of the times we have allowed prejudice to dishonor the One who custom-made every man and every woman, whose Son shed his blood on the cross to buy out of the slave-market of sin men and women from every tongue and tribe and people and nation.