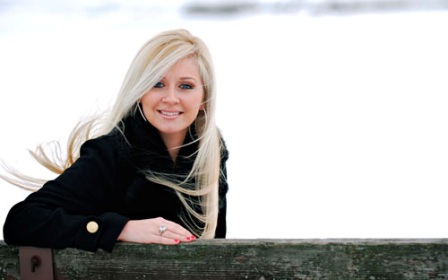 When I was directing a Christian ministry in Flint, Michigan, housed in a huge hotel, there was an ice storm in the area. We did not lose power but many, many thousands of homes in our area did. The utility company called me to ask if we would be willing to rent rooms for their linemen for two nights while they made repairs in the area. We sold two hundred rooms for two nights.

The guests were all men – hundreds of them. They looked a little rough. Of course they had been working in difficult conditions outdoors for many overtime hours and they came in tired. Most of them went out for dinner and came in later in the evening.

My daughters, Holly, Heidi, and Hannah worked at the front desk checking our guests in, getting them what they needed, and orienting them to our building.

The second night they stayed I happened to be at the front desk with one of my daughters when a large group of them came in for the evening. It didn’t happen to be Heidi that night. A group of men were gathered around the front desk talking when one of them, burly man with a rough voice and a full, shaggy beard and matching hair said, “Hey, is Heidi gonna’ be on again tonight?”

When the lineman asked if Heidi was “on tonight” I was a little irritated. The man was a big man who appeared to have lived a pretty rough life so I should have taken that into account and measured my words, but he roused my ire inquiring about my then about seventeen-year-old daughter. It seemed like a time for boldness to me so I discarded my usual caution and said; “Heidi’s not working tonight. She’s my daughter. What did you need with her?”

At this point, rather than lunging over desk toward me or fogging the air with curses, he just stood there looking confused. Then he clarified his question.

“Last night the movie on the house system was Heidi. I just wondered what was going to be showing tonight.”

In my haste to accommodate the hundreds of men at the last minute it didn’t occur to me to change the programming on the house television system. We were showing the Waltons, Little House on the Prairie, and a few movies like Pollyanna and Heidi. The man was not was not trying to make a romantic connection with my seventeen-year-old daughter, he just wondered if there would be anything on TV that men would be interested in or if Heidi was on again.

We made some adjustments to the programming that I hoped would both interest and edify him. I also made a mental note to be careful with my protective instinct and careful to listen well. You just can’t be too careful some times.