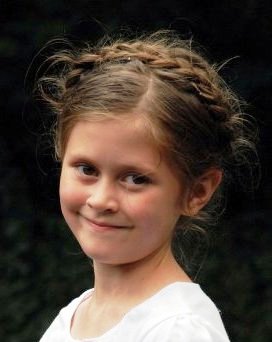 Alma Johnson was highly respected at First Baptist Church in Fremont, Michigan. She was a the Sunday School teacher of almost every little girl in the church at one time or another. She was on the missionary committee. She was a mother, a grandmother, a great grandmother, and an adopted grandmother to many.

It was high praise for me when Alma would firmly take my hand on the way out the church doors after the Sunday morning service, look me square in the eye, and say, “That was a good message, Pastor.” She would lengthen the word good and tilt her head sideways when she said for emphasis. It meant more from Alma Johnson than almost anybody in the church. She was a praying woman, who had worn out numerous Bibles, and you could count on her attendance Sunday morning, Sunday night, and Wednesday night.

She sang in the choir and she sang solos in church. She would call me if she was on the schedule to sing to make sure what she sang would go well with what I would preach. I loved to hear her sing. She had a good voice. It was probably stronger when she was younger, but she reminded me of my mother’s singing and you could really tell what she sang came from her heart.

When I preached her funeral I suggested we end the service by having her sing. We played a video tape of her singing in her daughter’s church. When the song was over it was quiet in the church except for the sound of soft weeping. The tape stopped and then started again. This time she was standing in the back of her daughter’s church after the service. Someone there talked her into yodeling and they captured it on the video. Alma Johnson yodeled at her own funeral.

Then the tape went blank, I prayed, the funeral director came to the front and said, “That will conclude our service today. There will be a meal in the fellowship hall for all of you who would like to stay.”

Then we all filed out and had ham sandwiches, plain potato chips, and sheet cake and coffee and we talked and remembered things about Alma, things she said and things she did. She said and she did all the things you would expect from a fine church-going Christian woman like herself and a few surprising things you would not necessarily expect like yodeling.

If you take the time to really get to know people they are usually all a lot more interesting than you would think at first. There is more to everybody you know than meets the eye. People have layers of interests, experiences, dreams, hurts, desires, successes, failures, triumphs, and tragedies you will never know unless you probe a little.

That quiet man who walks his dog past your house every morning my have flown a P-52 in WWII. He might be a water-color artist or a birder. He might have been a sky-diver. When he was eighteen he might have fallen in love with a young girl who was a member of the French resistance. Don’t laugh. Snoop around a little. You’ll turn up some surprises.

Last night (Easter Sunday night) I told this story during my message. After the service I was introduced to Clara Jackson, who was 86 years old. She was born and raised in Kentucky. The folks who introduced us said, “She yodels.” I said, “I won’t believe it unless I hear it,” and right there in the foyer of the church she treated us with a little demonstration.

On the Doorstep of the Church