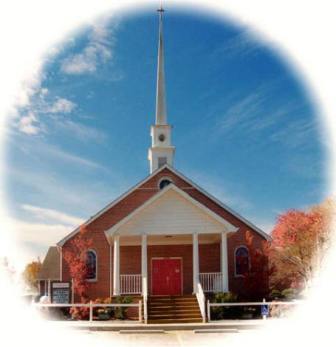 When I was about five years old my parents helped to pioneer a church plant in West Michigan. At first we met in temporary quarters and had Sunday School classes in the home of one of the members, but one summer the men of the church gathered to build a church building. Working together night after night – into the autumn of the year – they built a modest but attractive colonial building of red brick. My friends and I played in the nearby woods, pelted each other with dirt clods, and tried the keep the construction site tidy. When the men finished they were as proud of their little church as it is legitimate for Christians to be. They trained flood-lights on the steeple so people traveling on the Interstate would see it.

One Saturday night I was with Dad at the church. He was finishing the bulletin. Walking through the fresh, new, building he said, “Do you see this carpet? It was given by a family in the church whose son died in Vietnam.”

Only my dad knew where the money for the carpet had come from. I was not to tell anyone. (Since that was over forty years ago and I have not revealed the family name I have taken the liberty to tell the story now). This farm family had taken insurance money from their son’s death and used it to buy the carpet for the church. Every Sunday I sat in church and I thought of that strapping young man working the farm upon which our house sat. He was 18 and I was five. It seemed to me there was almost nothing he couldn’t do. But he went to fight in Vietnam and no one ever saw him alive again. He died there.

When you pass a church at night on the highway, you have no idea the sacrifices that have been made to make that church possible.