The Pierpont Sisters are on the road. Read all about it. Let your friends know about the Kentucky Mountain Parkway tour. They can follow the tour, see pictures, and read about the girl’s ministry adventures. 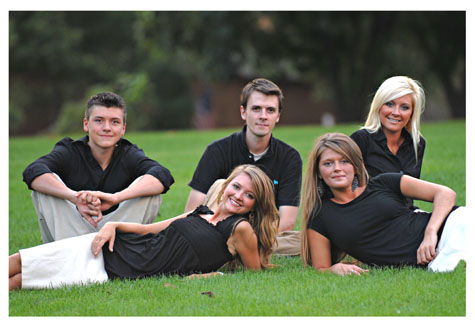 Since Chuk was in his early teens he has been fascinated with the idea of going to Colorado. A few years ago I had an idea. I told my older sons, Kyle and Chuk, that they should throw their guitars in the trunk of their Volvo and head west singing on the streets, in church halls, and wherever people would host them and listen. I told them that they could blog their adventure as they go and that people would love to follow their travels. They could camp out or except hospitality from people they met on the way. They loved the idea but they loved the idea of pursuing college diplomas and wives even more so it never happened.

Early this winter a variation on that theme involving the Pierpont girls began to take shape in my mind. Holly is twenty-four, Heidi is twenty, Hannah is eighteen, and Hope is nine. The four of them could take God’s love and truth in music and testimony and kind deeds to the people in Eastern Kentucky
The girls could do a version of the same – singing their way through the Bluegrass State of my wife’s birth. They could use the house in Wolfe County as a base and sing all up and down the Mountain Parkway.

In May they made a trip to Kentucky to sing on television and from that and other contacts they are booked to sing in churches, a camp, a children’s home, a benefit at a school, on Hoedown Island in the Natural Bridge State Park, in a rest home, on porches, and on the street in Campton.

They are singing in places like Pigeon Roost Community House of Prayer, Torrent Baptist Church, Fairview Baptist Church near Berea, Mt. Zion Christian Union, Bethany Christian Mission on Holly Creek, Lee City First Church of God, Bear Track Bible Church, Campton Baptist (my wife’s childhood church), and wherever else they are invited to sing. I’m sure they will have some pizza and Ale-Eight soda at Miguel’s Pizza at the Red River Gorge and eat at Braun’s Restaurant in Stanton.

As I am writing this they are winding through the hills of southern Ohio soon to cross into Kentucky on their month-long tour. Our original dream is becoming a reality. Holly is posting blog entries all the way with pictures and comments and stories of their adventures.

When I was a boy we often sang a gospel song on Sunday nights called; There is Joy in Serving Jesus. Across the page was a song; I Am Happy in the Service of the King. The Pierpont girls are experiencing that joy right now on their Kentucky Mountain Parkway Tour. I hope you can follow along.

Blog on the Mountain