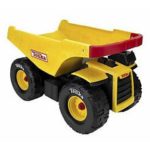 When I was about five years old my dad had a week or two of training in New York City to be a military chaplain. While we were there our family lived in a very modest apartment. It was a different world from the Michigan farmhouse that was the parsonage of First Baptist Church in Wayland.

Between the apartment building and the busy street was a small fenced playground. My mother gave my sister and I permission to play there for an hour or so. I was a very high-energy, active boy and needed to get the “bugs” out of my system badly. (As a boy I remember many, many times being “put down” for a nap, but I never remember actually going to sleep).

On that afternoon I found a swing and started swinging with all my might. There were many other children on the playground and some parents. I was intimidated by all the strange people and the loud, busy city, but not enough to keep me from pouring all my latent energy into my swinging. It was one of those seesaw-like swings that will hold two people facing each other, but I rode it alone. Soon I was pumping away and soaring back and forth.

A man walked by and gave me a scowl and said; “Watch out, kid, there are other children playing here.” I was a little frightened by this strange man barking at me. It slowed me down, but didn’t stop me. He went on with what he was doing without paying much attention. A few minutes later his little girl tottered behind me. I didn’t see her. My swing hit her and knocked her down. It wasn’t serious, but the man began to scream at me and curse. No one ever in my life had done that before.

I was so frightened I lost control of my bladder. I stopped the swing and stood there with my heart racing until the man walked away. I asked my sister to take me inside.

My mother was disappointed in me when she saw that I had wet my pants. “Kenny, don’t keep playing when you have to go to the bathroom. I’ve told you this before. Come in before it’s too late.”

I was too traumatized and guilty to explain to my mother what had happened. That was forty-five years ago and when she reads this it will probably be the first time she has heard of what happened, but it illustrates a very important truth:

Little things can be a very big deal to little people. Even a simple harsh word can lodge in a little soul and cause residual damage for years. It can live there as a defining memory in a child’s heart. They can build assumptions on it about themselves. It can cause them fear, or anxiety, or despair. It is sobering but true. Their little souls are forming and fragile and must be treated with great care and tender love. Little things are big things to little people.

There is another side to that, though. It is a happy, hopeful side. Because little things are big things to little people, it doesn’t take much to bring them joy, or teach them truth.

You don’t have to buy your little boy a new fully-loaded F-150 to bring him great delight. I remember a Tonka truck my parents bought me when I was a kid. I loved to push it down the stairs over and over again just to hear the crashing sound. It was hours of delightful fun for me and cost my parents only a few dollars. To a nine-year-old girl a walk in the park is as likely to create and warm, life-long memory as a day on a Caribbean island. To a five-year-old girl, sharing a breakfast burrito at MacDonald’s can be a very big deal.

God help us be gentle with little people and give little children a good start. Help us to fill their tummies with good things and their hearts with love. And, Oh, God please in all the mad rush of things and our thoughtless times, don’t let us hurt them – not even in little ways. Help us never to forget for a moment that little things are big things to little people.