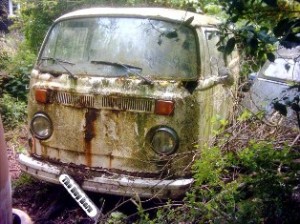 Just a few weeks of my life were spent with my grandfather on the farm though we visited as often as we could. Grandpa Pierpont took it upon himself to teach me things almost continuously while I was there. He taught me to catch catfish, bluegill, crappy, and bass. He taught me to catch and clean a turtle. (Did you know there are fourteen different kinds of meat in a turtle). He showed me how to find edible puff-balls and mushrooms and fry them in batter with the fish. He tried valiantly to teach me to weed the garden and pick the green beans without missing a single one – this without any real success. He showed me how to plant trees. He inspired me to start a business selling hickory nuts.

He patiently thought me, at great peril to himself, how to dive the Massey-Ferguson, even though I was the slowest of learners. Two or three times I narrowly escaped serious disaster. He taught me to ride a pony and get back on after I was thrown to the ground. He gave me detailed lessons in meteorology most of which was over my head.

I watched in wide-eyed wordless wonder at the beginning of the calf-producing process and then, wide-eyed, I watched again as my grandfather demonstrated a few very graphic birthing techniques in the middle of one cold spring night. On the way back to my warm bed he launched into an impromptu lecture on the whole process of cattle reproduction that was memorable to say the least.

He sang old folk songs, and told funny stories that it would be impossible for me to forget simply because he repeated them so often. I learned how to get a bail of hay on the wagon, even if it weighed almost as much as I did. I learned names of birds, plants, and trees. I’m sure I am the only one of my peers who knew the details of the blight that swept though the Midwest shortly after the turn of the century and in thirty-five to forty years made the American Chestnut almost extinct.

Grandpa told me stories of natural history, and tales of World War II in the South Pacific – in riveting, first-person narrative. He told me stories of the antics of his youth he would have thrashed me for repeating. He threatened me frequently with beatings and whippings, but I could not have imagined disobeying him or challenging his authority for a minute. In all his life he never laid a disciplinary hand on me. My admiration for him was boundless. The influence of those weeks on the farm was all out of proportion to the amount of time spent there. I’ve nearly written a book about it.

When Grandpa needed to repair something he rarely went to the hardware or farm supply store. He salvaged and improvised and fabricated with materials he had. His workshop was piled with things he had rescued from old buildings and implements over the years. The floor of the garage was jammed with five-gallon buckets filled with parts and hardware, and fasteners and inexplicable paraphernalia that made sense only to him. I’m sure he had a good idea just where everything was. I’m sure no one else did.

He pulled boards and nails from a dilapidated shed to repair the working barn one afternoon. He taught me how to straighten nails. He showed me how to use a block to get better leverage to pull a nail from long-seasoned hardwood. He taught me a technique to keep from hammering my thumb when driving a nail or breaking my arm when driving a stake. Now I never drive a nail without thinking of him.

Grandpa started his family at the very beginning of the Great Depression. Because of that he and grandma celebrated the day of his hiring at Owens-Corning Fiberglass until they day they died. Grandma sent him off to work there with a full lunch pail every day for thirty-five years and considered it a provision of God.

They didn’t buy what they could grow. They proudly grew tomatoes, peppers (that Grandpa called mangoes), green beans, limas, corn, and cucumbers (that they always called pickles). They raised their own beef and sometimes milked their own cow. They majored in home economics long before there were formal courses on it. They shared one car and it was Spartan, the simplest Chevy available, with few adornments. They did not waste and squander.

But here is the heart of my long reverie; Grandpa built from material gathered here and there because of economic necessity.

Shortly thereafter sin fowled his beautiful creation and tarnished the reflection of His image in mankind and throughout His creation, but before the foundation of the world he had in his heart of blueprint of redemption – a re-building strategy. He who created the worlds with his words gathers the scraps of fallen humanity and re-builds.

Don’t miss this and never doubt it. God builds beautiful things with material he gathers from the ruins of our lives. This is good news, the best of news for us, who are capable of devastating ruin. So here is an encouraging word if you ever find yourself sitting among the ruins of your life:

“The Spirit of the Lord GOD is upon Me, Because the LORD has anointed Me To preach good tidings to the poor; He has sent Me to heal the brokenhearted, To proclaim liberty to the captives, And the opening of the prison to those who are bound; [2] To proclaim the acceptable year of the LORD, And the day of vengeance of our God; To comfort all who mourn, [3] To console those who mourn in Zion, To give them beauty for ashes, The oil of joy for mourning, The garment of praise for the spirit of heaviness; That they may be called trees of righteousness, The planting of the LORD, that He may be glorified.” [4] And they shall rebuild the old ruins, They shall raise up the former desolations, And they shall repair the ruined cities, The desolations of many generations. (Isaiah 61:1-4)

His ability to redeem and rebuild is infinite. He is not limited by time. His intent to restore and rebuild can leap across generations of brokenness, captivity, bondage, and mourning. That’s just the way He is. You have His word on that.

A Note From Lyn and Bill