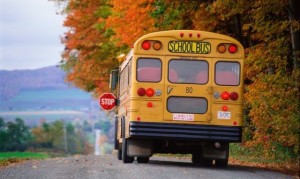 Seventh grade was difficult for me. The summer after sixth grade we moved to Oklahoma City. Dad took a “recovery work.” In other words, he was going to help revive and struggling church. We spent the summer there adjusting to what seemed like a foreign country. I tried to play football, but I only weighed 90 pounds. I had to complete against eighth and ninth graders many of whom seemed like grown adults to me. I suffered through two weeks of two-a-days in the hot Oklahoma sun and then the coach informed those of us who weighed less than 100 pounds that we would not be cut from the team, but we would not get any playing time. I went home very discouraged.

Back in Ohio I had delivered the Dayton Journal Herald to the entire village of DeGraff early in the morning six days a week. As soon as I got to Oklahoma City I took a paper route in the neighborhood, but every fourth house looked alike and the street names were numbers that I could not differentiate, so the paper route was a bad experience, too.

Finally school started. In Ohio it was soon cool and fall-like after the start of school. In Oklahoma it seemed like we were going to school in the middle of summer. That year September was nothing like fall in Oklahoma, just day after day of sweltering heat. No one in the school or church shared my enthusiasm for Ohio State Buckeye football. When I made the mistake of talking about it they looked at me like I was a Martian.

Things weren’t going well at the church. The whole family was disheartened and missed our home and family in the Midwest. One Friday may Dad announced that after school that day we were all leaving for Ohio.

“Are we going for a visit?”

We burst into thunderous applause. Dad said we would drive back to Ohio and we would live on the farm until we got our own place. Then dad would return with a truck for our things. That sounded heavenly to us. We buzzed about Ohio, the farm, the family, cool, autumn in Ohio, the pond, Thanksgiving and Christmas with our family. We were happy. I told all my school-mates that I would not be back. They didn’t really seem to care. That night we drove from Oklahoma City to Tulsa where we stopped for a burger. While we were sitting in the car eating our diner Mom and Dad began to talk. They were second-guessing their hasty decision. By the time we finished our burgers and fries, they had resolved to go back to Oklahoma City so that we could give proper notice to the church and tie up loose ends. It was a sad, quiet ride back that night.

The next Monday morning I was back in class-the object of ridicule.

A few weeks later we left again this time we didn’t stop in Tulsa. We celebrated every state line. When we passed under the arch from Indiana into Ohio it was immediately autumn. The corn was taller than trees in Oklahoma. The leaves were brilliant colors. The air was cool. The rivers weren’t red. We were home.

For a few weeks we lived in the farm with Grandma and Grandpa and Bill and Marlene and our cousins. To us kids it was a family reunion every day. Autumn settled in. We rode the bus to and from school. It must have been on an October evening that I have captured in my heart a vivid memory.

Gravel roads girdled the gentle hills of rural Licking County that night. I rode the bright yellow school bus that growled along them toward the farm. It was comfortably cool. The sun was going down the crisp blue, October sky. From my seat in the bus I watched the fields and forests pass. Wind stirred golden fields of corn drying for harvest. Bright sunlight glistened off blue farm ponds. From my earliest memories walking to school in Grand Rapids, Michigan, the red and yellow Maples have stirred up a love of and longing for beauty in me. That longing has never been fully satisfied. I looked out the windows and drank in the hills, the fields, and the brilliant woods.

The bus rounded the top of the hill by the split rail fence on the western edge of the farm and then geared down and stopped in the road across the spring run and up the hill from the house. The door opened and I stepped down and walked across the road and into the yard where my little brothers waited with a football. We played in the fallen Maple leaves until the sun touched the tops of the trees, the sky blushed toward dusk, and they called us in for supper. It was an ordinary autumn afternoon that, for some reason, was captured on the film of my mind and stored in the archive of my memory. I can play it again on demand.

From the perspective I have gained from being an adult and with the passing of the years I realize this must have been a very trying time for all the adults involved, especially Mom and Dad. They did their best foster security and love even though things were difficult. Grandma put good, simple food on the table. That helped. Grandpa entertained us with stories. Soon Dad had a school-teaching job and a nice modest house in Utica on Maple Street. More difficult times were ahead for me, but I had a strong, sympathetic, Christian family to whom I could retreat for encouragement.

I always wonder what moments will be burned onto the film of my children’s minds and stored in the archive of their memories. I pray they will be happy, healthy ones that tug them toward God and remind them of how much we love them. I find myself praying:

Merciful God; Help me guard my tongue, my time, and my temperament with my loved ones so the roots of their souls will grow down into the healthy soil of sweet memories. Without your help I know that my sinful flesh would destroy the people I love. Work in me God, and quickly, before the sun sets in autumn and all my memories are made. –Amen