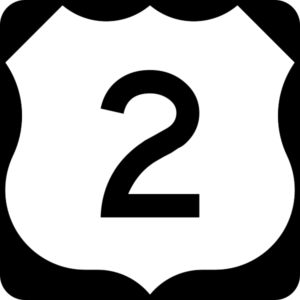 Route 2 is one of Michigan’s most scenic highways. It runs west of St. Ignace in Michigan’s Upper Peninsula along the north shore of Lake Michigan. The scenery is broken periodically when the stunning, vast blue of the great freshwater ocean bursts into view south of the highway.

Travis Brown would be 24 this summer, but the summer of his twelfth year his parents took him on a vacation in the Upper Peninsula and just off scenic Route 2 in on the north edge of Lake Michigan, within site of the Macinac Bridge, they stopped to wade in the Lake. What they didn’t know was that there was a strong rip current where the boy was wading. A wave knocked him down and pulled him under the water and out into Lake Michigan. Before anyone could help him he drowned.

Fast-moving water can be powerful and dangerous. Flash floods kill people suddenly all across the country every year. Backyard pools can kill—even shallow ones. But legendary in their lethal ability are rip currents. Rip currents are strong currents running away from shore that can pull people from shallow water out to sea. According government statistics about 100 people die every year in the US due to rip currents in the Oceans or Great Lakes. About 1000 people die annually in rip currents world-wide.

Rip currents can be fifty to one-hundred yards wide and pull people as much a quarter mile out to sea. Rip currents are responsible for 80% of all rescues in the surf environment. According to National Lifesaving Statistics, last year about 300 people had to be saved from swift water, 900 were rescued from scuba incidents, 8,000 from surf incidents, but 33,000 were rescued from rip currents. Often those who die are trying to help others who are caught in the mysterious currents and don’t know how to get out.

On the same stretch of Lake Michigan beach where Travis Brown died, last August Patrick Michael Dipzinski, a 66 year-old grandfather from Gaylord, attempted to rescue his grandson from a rip current. He and his 16 year-old grandson Ethan Mroz both drowned.

Deaths by drowning in a rip current are second only to heart-related deaths in the US. Commonly swimmers will exhaust themselves trying to swim back to shore against the powerful currents, instead of swimming parallel to shore until they are out of danger. In this way even young, strong swimmers drown.

On Hanakapiai Beach, Kauai, Hawaii is a hand-carved sign with a with a running tally. The marks add up to 82… it is the number of people who have died by drowning on this beautifully idyllic, two-mile-long beach on Kauai’s northern Na Pali coast. The stretch is notorious for its deadly riptides, currents, and shore breaks, Hanakapiai’s waves can be huge, sudden, and strong. They can sweep away those merely wading up to their knees.

In a letter to a young pastor Paul sounds a chilling warning. He warns of dangerous times that are coming. We live in those dangerous, perilous times. Tell me if his description doesn’t sound chillingly contemporary:

But know this, that in the last days perilous times will come: [2] For men will be lovers of themselves, lovers of money, boasters, proud, blasphemers, disobedient to parents, unthankful, unholy, [3] unloving, unforgiving, slanderers, without self-control, brutal, despisers of good, [4] traitors, headstrong, haughty, lovers of pleasure rather than lovers of God, [5] having a form of godliness but denying its power. And from such people turn away! [6] For of this sort are those who creep into households and make captives of gullible women loaded down with sins, led away by various lusts, [7] always learning and never able to come to the knowledge of the truth. (2 Timothy 3:1-7)

When you see a revival of self-love, love of money, pride, rebellion, ingratitude, love for evil, unbridaled sensuality, and love of pleasure, you will know that you are in those dangerous times. You and your loved ones are in danger of being pulled into a rip current of apostasy. Worse, our sons and daughters don’t have a point of reference. This is all they have ever seen or known. They think infidelity and unbelief are normal. They don’t know that they are in danger of being pulled out away from safety to their spiritual death.

Paul’s letter is a large warning sign on the shore. It was erected by the hand of God. When there are deadly dangers nearby, wise, loving Christians are not afraid to post a warning. Parents and grand parents who care are not afraid to cry out and to plead for their loved ones to move to safety—especially when they have seen the faces of the victims up-close.

On a beach in California last June Angie Higgins and her four-year-old daughter were pulled into the Pacific while they were trying to help another. The mother was holding the little girl by the hand when an older girl was knocked over by a sudden wave. The older girl recovered but the mother and four-year-old were pulled out to sea in a rip current. A bystander on a boogie board was able to get to them and pull them to shore. She let go of them in the shallow water thinking they were safe and the hungry current pulled them back to their deaths. Zucu Bermann, a 27 year-old-woman from San Francisco, was the young woman who tried to rescue them. She stood on the shore and speaking of the four-year-old girl kept saying, “I can see her face. I can see her face. I can’t get her face out of my mind.”

Travis Brown’s parents have lobbied the State of Michigan to erect warning signs and start programs to alert people to the dangers of rip currents in the Great Lakes. They don’t want others to die.

If our children and grandchildren are going to survive these dangerous times we are going to have to be vigilant. We have to be willing to warn them of spiritual danger. If you have any influence in their lives you should do what you can to get them under influence of a preacher who is not afraid to warn them. These are dangerous times they need more than happy inspirational sentiments. The waters are deadly they need to be warned.

Living as Lights in a Perverted World