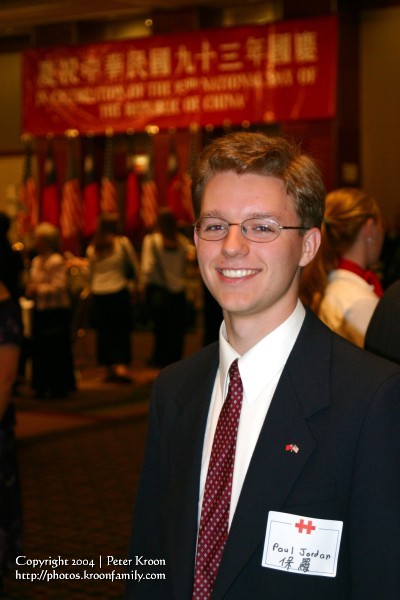 Paul Jordan has an interesting habit. Paul is one of the most effective and valuable members of our staff. He is our information technology guy. Every day he sends me an e-mail synopsis of what he has done. I’m grateful for the e-mail but I usually understand very little of what he reports. Sometimes I wonder if he just uses big-sounding computer words to make himself sound busy and important as cover for the fact that he spends hours in his room playing computer games.

Seriously, Paul works and studies very hard and he usually has a pleasant smile on his face. He is able to explain technical things in simple terms commoners can understand, and he has a good sense of humor. I do not base my evaluation of Paul’s work on his daily e-mails. I base my evaluation on two things in inverse order of importance. One, Paul is busy helping people all the time. It is funny how many times the answer to a difficult question is: “You will need to call Paul Jordan.”

The second and most important reason I know that Paul is really working is that he makes stuff work for me. He does it quickly, efficiently, and with a good attitude at the most unusual times of the day. I may be leaving at five a.m. to speak somewhere or I may be up late at night trying to finish some project. I call Paul, and he always says the same thing; “I’ll be right down.” Down he comes and whatever isn’t working he fixes; computer, printer, fax, phone, or PDA. He even supports my mp3 player. You want to keep a guy like that on retainer with pizza, chocolate cake, and cold Cokes.

Anyway, back to the daily e-mail work reports. At the end of each report there is a little touch of humanity and humor. He always includes a few things for which he is thankful in each of his technical posts. He never sends a daily report without closing with a few things for which he is thankful. Usually he is thankful for friends, treats, passing tests, park night, or electronic gizmos that he uses in his work. Once he mentioned that he was grateful for an effective experience in children’s ministry. Once he noted that he was thankful that he had led three children to the Lord over the summer.

Paul has something in common with another young man in the Bible. His epic story is told in the Old Testament. He was kidnapped, mutilated, indoctrinated, intimidated, brainwashed and subjected to the threat of inhumane torture. Even his name was changed in an attempt to get him to renounce his faith, but still he was a man of deep devotion and enduring leadership. His name was Daniel.

Eventually Daniel’s enemies manipulated legislation aimed at him and created a law against the practice of his faith punishable by death. The penalty for violation of this law was extremely inhumane. He would be thrown into a den of hungry lions to die. According to Daniel 6:10, “when Daniel knew that the document had been signed, he went to his house where he had windows in his upper chamber open toward Jerusalem. He got down on his knees three times a day and prayed and gave thanks before his God, as he had done previously.” Even when he knew it could cost him his position and even his life he still got on his knees three times a day and gave thanks to his God. You should take time to read the whole story someday, I won’t spoil it for you here.

Daniel didn’t have e-mail but he and our Paul Jordan do have this in common, a daily habit of thanksgiving. I may not be a national leader like Daniel but I can get on my knees every day and give thanks to my God. I may not be able to do digital trouble-shooting and tech support but I can say thanks every day for all the things God has given to me. I can do that.