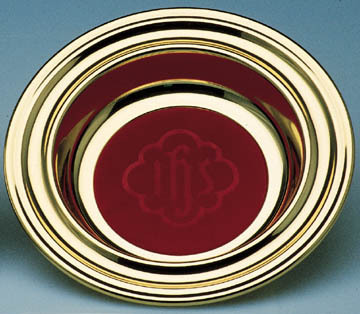 Do you remember how old people used to tell you what it was like way back when? It always seemed incredible the things they said. My dad said my grandfather fed a family working for .37 cents an hour when he first got married. Until the day he died by grandpa considered that job a great answer to prayer. My memories aren’t really so dramatic or significant, but I do remember being able to get a full-sized candy bar for a nickel and a can of soda for 15 cents. The year I turned ten the price of a candy bar doubled to ten cents and I was pretty sure the world economy would collapse under the weight of inflation or life as we know it would disintegrate in an atomic fireball and the Russians would invade Grand Rapids and make Christmas illegal and replace the statue of smiling John Ball with a statue of a glaring Vladimyr Lenin or maybe another anarchist like John Lenin.

I remember that we did not waste our money on the luxury of twenty cent hamburgers, but we would drive a little further to frequent places like The Red Barn where they had 15 cent hamburgers. You didn’t get cheese for that but hey, why spend a nickel for a slice of cheese when you could save it for a Hershey Bar?

When it come to tellin’ stories ‘bout the way it used to be, I’m getting so I can go toe-to-toe with the ole’ timers down at the coffee shop. I remember when I used to have to go to the bank every Friday night and deposit my check by hand face to face with a real person. That was before drive-thru’s came to our town. (It wouldn’t matter if they did have a drive-though because I rode a bike back then). That was before vacuum tubes would whisk away your check and you would talk on a microphone to a teller on a camera. That was before bank cards and ATM machines. That was before direct deposit and electronic transfers. That was years before anyone ever even dreamed that they would pay most of their bills over the internet.

I tried to make it a habit on Friday nights to think about the people who gave the money that was about to go into my account. That money was not given to me. It was given to God. The money was given in God’s name, by God’s people, in a sacred act of worship. It was consecrated money. The people of the church would set aside a significant amount of the money to be given to me, so I would be free to spend all my time in the ministry of the word of God and prayer. I would be able to spend my time preparing messages, calling, counseling, organizing, planning, encouraging, seeking those who are lost, and shepherding people.

That money would be our tithe and food and rent and clothes and utilities and extras for the week. That money would pay for our insurance and my children’s teeth and all the things that living cost. That’s where the money would quickly go, but where did that money come from? I try to spend a few minutes thinking about that every week. Since 1980—for thirty years, Lois and I have had a paycheck from a church or Christian ministry every week without fail. There were a few years those checks were small, but God supplied and every weekend we waited in line to cash a check of money given to us by God’s faithful people.

The money comes from people whose hearts have been moved by God to give gifts—voluntary gifts from their own hard-earned money. They had to get up early and battle though the traffic or the cold. Some of them worked overtime and went without things because they wanted to do what was right.

Years ago when I was a very young pastor, I was standing by the door after the service greeting the parishioners. A woman shook my hand. She was a school teacher. She said; “Pastor, can I give you a little constructive criticism?”

“Sure,” I said, trying hard to mean it and tightening my stomach to absorb the blow of criticism.

“Pastor, your prayer for the offering was beautiful, but you said that you were thankful for all the men who worked to give. I had also worked hard and I was eager to give. I had written out my tithe check and I was ready to drop it in the plate. I was really tempted to put it back in my purse, but I know you didn’t mean you weren’t grateful for the women who gave.”

I thanked her and became a wiser pastor as I watched her walk away.

Thankfulness is thoughtfulness expressed verbally. It’s what you verbally express when you slow down and take the time to think clearly about where what you have came from and it is the mark of great men and women—large souls and great hearts.

Many years ago there was a young man who was kidnapped and forced into slavery in a foreign country. He was forcibly separated from his family, home, friends, and loved ones for the rest of his life. He was brainwashed. His name was changed. He was even sexually mutilated. The one thing they could not do with this young man was get him to deny his God or violate the law of his God. They used some very creative and coercive means to force him to do so, but he was faithful all his life.

Of course, you know I’m talking about Daniel. One of the most famous incidents of Daniel’s life was the story we call Daniel in the Lion’s Den. He was delivered safe from the lion’s den where he had been thrown in punishment for praying. You can read the whole story in Daniel chapter six. Have you ever noticed the kind of prayers Daniel prayed in a window facing Jerusalem every day? You can see in chapter six and verse ten. They were prayers of thanksgiving.

Now when Daniel knew that the writing was signed, he went home. And in his upper room, with his windows open toward Jerusalem, he knelt down on his knees three times that day, and prayed and gave thanks before his God, as was his custom since early days. Daniel 6:10.

Pastor to Be Executed

The Demonic Vortex of Legalism