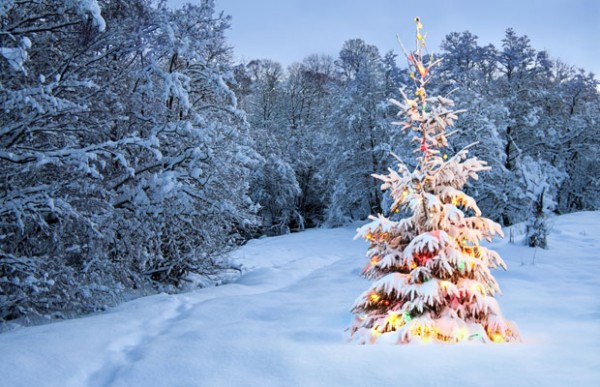 When I was a boy I delivered papers every morning. I collected on Saturday. If I went too early they resented it. If I went to late they were out and about. Some were faithful as clockwork. They put their sixty cents in an envelope and left it in a box on the front porch. Others you had to hound to get your money. I usually dreaded collecting. It was the biggest part of the job. If I worked really hard and everyone paid I would make 15.00 dollars a week. But at Christmastime, ahh, that was something different.

At Christmastime people often gave me baked goods or candy or even tips. At the time I was a little like Lucy VanPelt of Charlie Brown and Peanuts fame. My very favorite Christmas gift was “cold hard cash.” It made collecting so much more fun. Often people were warm and joyful, sometimes even generous. They might even give you fifty cents or occasionally a dollar above what they owed. That would be a wonderful extravagance. I would take the extra money and lay something away down at Western Auto… I would make weekly payments get it out just before Christmas.

One day I was collecting. It was the Saturday night before Christmas. It was after dark. I still had a few accounts that I had not been able to collect. I was walking down the dark, snowy street enjoying the lights and the trees glowing out of the windows. My heart was warm but my feet were getting a little cold. There were carols in my heart and I was looking forward to warmth and home and family. I was almost done.

One more house. I knocked on the door. The man threw open the door and thundered; “What brings you out so late on a night like this.” I smiled and recited my line: “Collecting for the Dayton Journal Herald.”

“Let me see if we have any money around here.”

He goes away from the door and I look past him into the jumble of Christmas preparations in the house. I minute later he reaches out and he hands me sixty cents and says, “Are we square?”

Then like an angel from heaven he smiles and hands me a five dollar bill and says, “Merry Christmas to you, too. Here’s a little tip for your service.”

Five dollars! A third of a weeks pay in one tip. Five dollars. I thanked him and floated home on a cloud of happy Christmas euphoria.

By the time I reached home I was breathless. “Mom, Dad, look,” I said, holding up my fortune… “I got a five dollar tip.”

“A man over on Curtis Ave. I think they were having a party and he was in a good mood. He paid me for his papers and gave me five dollars extra!”

“I don’t think so. He just seemed happy.”

In at least a couple places in the Bible there are similarities between people who have been drinking and people who are filled with the Spirit. Sometimes in the bible the two are confused. When a person is overcome with joy they are possessed with an affection beyond themselves… they are filled.

Christmas is just a wonderful time to be filled with the Spirit. Try it.