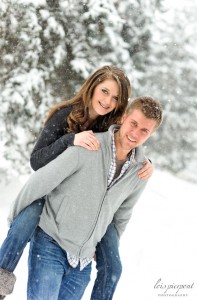 Ralph and Maxine had been married nearly fifty years. I was their pastor. One day I heard Ralph was in the hospital. I drove to town and made my way to his room. He was having a tussle with an ugly strain of the flu. It looked miserable, but it didn’t look serious. I kept my visit short, prayed with him, and said good-bye. I thought I would see him in church on Sunday, but the next day instead of being discharged to recover at home as I expected, he was flown to Columbus. His wife called to tell me she was on her way. I was shocked. I wondered if I would ever see him alive again.

I drove to Columbus that night and sat with Maxine. The doctor came to the waiting room and said to Maxine; “Maxine, Ralph is a very, very sick man. We are going to do everything we can for him, but you want to pray for him.”

For the next one hundred and eleven days Ralph lay in that hospital while disease attacked every vital organ in his body one after another. He was in Intensive Care the entire time. One day toward the end I stepped from the elevator and looked down the hall to see Maxine wiping tears from her eyes. I braced myself and sent a prayer for wisdom heavenward. When she saw me she let the tears go. She clung to me and sobbed.

We stood there in the hallway outside his room. When she could talk she said; “They are with him now, we can go in in a minute. Today is our anniversary. He hasn’t been able to talk to me for so long. When I came here today I just didn’t know if I could take it with him the way he is and it being our anniversary. When I came in the room this morning he was trying to say something. He lifted himself up in his bed and nodded toward the window. In the window was a vase with a single red rose. The card said; “Happy Anniversary, Love Ralph.” He had the nurse get it for me from the gift shop. We just cried together for a while and we held each other. I’ve never had such a wonderful anniversary gift.”

“You can go in now,” the nurse said, propping the door open. I stood at the foot of Ralph’s bed and said; “Morning, Ralph. Happy Anniversary. You made this young woman pretty happy this morning.” A faint smile crossed his lips and a tear followed a wrinkle in his face down to the pillow. I read a passage of Scripture to them, prayed and left them alone together.

As I drove away that day I felt a surge of envy. They had something no amount of money in the world can buy. It was a kind of love that seldom described in novels, love songs, and romantic movies. Theirs was a love that can only be forged strong out of the years and through the furnace of trouble.

If I were creating a story it would have to have lovers. If I wanted to paint the beauties of love in its brightest colors I would be tempted to put young lovers in the picture. They would have to be young and attractive people of course. That’s where we expect to find love at it’s best. Springtime love. The kind that sweeps you off your feet, makes your heart pound, takes your breath away and leaves you without an appetite.

But a great lover is one who can win and satisfy one woman for her whole life and cherish with her the fruits of that love through years, not move from one lover to another playing at sex and romance like it is a trivial game.

Recently I was asked to speak at a Valentine Banquet at a sister church. While we ate we got aquatinted with the couples sitting around us. Next to us was a young man who spoke in animated tones all evening about a Caribou hunt he and his brother in law were planning in the fall. They were going to fly into a remote area in Canada near Hudson Bay. He spoke of it with a zeal approaching religious fervor.

After dinner I began my talk. I was describing young love. I noticed the hunter guy listening intently and nodding. I said; “When you were young and first fell in love, you couldn’t eat, you couldn’t sleep, your heart pounded, your palms were sweaty, the juices were flowing, the moon was full…” Just then the hunter-guy blurted out: “Sounds like bow season.” All the guys thought that was pretty funny. The women laughed politely. It took me five minutes to get the group to settle down and listen to reason again.

We men all have our enthusiasms. Football, snowmobiles, coon-hunting, fly-fishing, golf… If we could harness the energy, attention and passion we devote to our enthusiasm and use it creatively to love our wives, we might find the juices flowing again. Our hearts would race, our palms would sweat, and we wouldn’t be able to sleep or eat… it would be better then the Super Bowl, maybe even better than bow season.