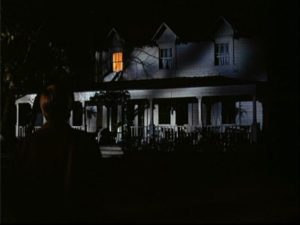 Years ago in my room at Moody I would pray at night with my roommate Paul Davidhizar. We would get in our beds and turn off the light, then we would each pray. After we prayed we would usually talk for a while. Often I would still be talking after I discovered the Paul was asleep. He was a great guy but I could just talk longer than he could listen.

I am almost always the first one up in the morning around our place. So when bedtime comes for me Hope, who is four and enjoys the luxury of sleeping in, usually has another good half hour of energy left in her day. She doesn’t wind down slowly and the end of the day. She finishes her day like a runner straining for the tape. She always has a little burst, a little sprint to the finish. I know in a perfect world parents put their children to sleep at night. That’s not always the way it works at our house.

The other night I was exhausted and eager to sleep. I had an early start the next day and a full agenda. I got into bed. But Hope was in no mood to sleep. She had a place of her own but she came in our room and jumped in bed with us and refused to lie down. For a few minutes she used the bed for a trampoline until I made her stop.

“Lie down right now and go to sleep Hope.” I warned her, and I turned off the light.

She lay down but my warning and the darkness had no effect on her whatever. She jabbered on about her day, her dolls, her diet and her general philosophy of life unabated. She punctuated her stories with pointed questions demanding a response. One of us would mumble a barely coherent answer and she would chatter on.

Finally she interrupted her own energetic soliloquy with a question, “Am I talking too much?”

With that we were both awake and chuckling. We both quickly assured her that she was not at all talking too much. When heavy eyes ended my day she still had stories to tell.

As I drifted off to sleep I took comfort in the thought of my unsleeping Heavenly Father who never tires of hearing me talk. He wants to know when I have something to celebrate. He likes it when I tell him my fears and unburden my guilty heart to Him. His listens when I chatter excitedly about my plans. He cares about what I think. He even stays awake at night and listens when I am talking in the dark. He can listen longer than I can talk.