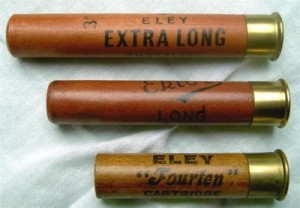 Purring through the dark on a long trip one night my Dad got to talking. He told me a shocking story about our family. During the depression chickens were mysteriously disappearing from the family farm just north of Chatham, Ohio. Times were hard. Money and food were scarce.

After a number of chickens disappeared they began to realize it was not animals but humans who were spiriting the chickens away in the night.

They formed a plan. The boys took turns out on the back porch each night waiting, shot-gun in hand to surprise the thieves. Late one night, long after midnight there was a noise out back. Grandpa’s oldest brother, Elmer was on guard that night. Young and impulsive, he leaped up and fired the shotgun in the direction of noise. What he didn’t know is that he shot a man.

This came to light a few days later, when the doctor stopped by for a visit.

“Say,” says Doc,” Sauntering up onto the porch, “You Pierpont boys still have any of that number four birdshot?”

“Yes, some,” they answered.

“I thought it might be you. That gauge isn’t very common anymore. Did you have some commotion around here late Thursday night?” says Doc.

“I thought so. I dug some number four birdshot out of the Campbell boys backside the other night. I remembered you boys had some of that birdshot. Thought you might like to know.”

For a while my young mind processed the shock of what my Dad just told me.

“Dad,” I asked, “Do you mean that your uncle Elmer shot a man over stealing a chicken?”

“Well,” Dad said, “Back then during the depression stealing chickens was a life and death matter. People depended on their gardens and livestock to sustain life.”

I had an instinct that stealing chickens was not a capitol offense, even during the Depression. A man’s life is just worth more than a bird no matter what.

The story Dad told me made it seem like my Grandfather had grown up in the Old West. Every man to himself. The survival of the fittest. My grandfather and his people were serious about their chicken.

This is probably a good time for me to remind you that there are some things about our family histories that no amount of rationalization can justify.

Can you imagine the tragedy it would have been if the neighbor boy had died of his wounds. What would it have been like to gather around in the night and realize that you had shot a hungry man to death? Wouldn’t you wish for the rest of your life that you had simply shown hospitality to the neighbors and invited them over for fried chicken?

There is no justification for theft, especially the theft of the basic means of life–but neither is there justification for impetuous behavior that could cost someone their life. May future generations of Pierponts be the kind of people who are eager to feed our neighbors and slow to shoot them.

Of Trees And Truthfulness

A Gift from Nathan