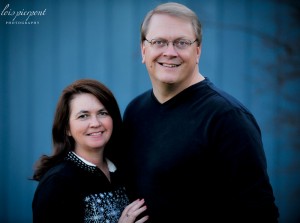 The note from my campus mailbox made my heart pound. It was summons to the office of the Dean of Men. “Please report to Dean Pride’s office at once.” Dean Pride was nothing more than the college disciplinarian and the college I attended took discipline very seriously indeed. The smallest infraction could send you packing home to momma and cost you a semester of academic blood, sweat and tears. Visions of shame and disgrace, failure, ruin and poverty assaulted my mind.

Immediately I began to think of what the interview might mean. What rules had I broken? Rather which of the rules that I had broken were they aware of? Of course the Dean was a skilled interviewer. He came right to the point but he didn’t.

“Ken, why have I called you here?” His eyes locked on to mine. He didn’t blink. He didn’t look away. He didn’t clarify his question. I felt like the silence betrayed my guilty hammering heartbeat. A truthful answer might have included a number of rule infractions. I would list some of them here but as a matter of policy I try not to document my sins. You’ll have to use your imagination.

Of which was he already aware? I feigned innocence trying hard to sound convincing. “I’m not sure,” I answered honestly.

My tactic worked. He clarified the accusation. “Mr. Pierpont, I have an eye-witness report that you kissed your girlfriend in full view of the entire student body outside the cafeteria. The report comes to me from Chuck, your own floor supervisor. This is not something we can overlook.”

In this enlightened and tolerant age of co-ed dorms an innocent good-bye kiss may not seem like a capital offense, but the college I attended was a little old-fashioned. I’m sure that was one of the reasons my parents sent me there. Kissing was not something the college forbade, but they did require a special document for it. To kiss you had to have a valid Marriage License. I wanted one, but didn’t have one yet.

Once during a chapel service a guest speaker was saying that we should save kissing for marriage. He claimed he had done so. I figured his sweetheart must not have been as tempting as mine but he fervently maintained that this was a discipline he practiced. In fact he said so plainly. “I did not kiss my wife until we reached the marriage altar,” he said emphatically. He strode over and addressed his next comments to the Dean of students, repeating his last statement, “I did not kiss my wife before we reached the marriage altar, did you?” All eyes turned to the Dean who without hesitation answered; “I’ve never kissed your wife.” The entire student body roared with laughter and applauded his quick and evasive wit.

I waited for Dean Pride to ask if I had ever kissed her at all, but if nothing else he was a gentleman and did not pry beyond the specific accusation. In that moment I saw a just a tiny flicker of warm humanity in his eyes. He dismissed me with a warning.

I hurried to my room to call Lois. Her roommates informed me that she was out. I knew she would be called into the office of the Dean and I wondered if she would cave in under pressure and talk too much. Her lips, the subjects of the accusation themselves, were sealed. We survived the interrogation system and by the next fall we were getting pretty good at kissing… legally, with a license and everything.

There is a confidence only those with an unsoiled conscience enjoy. There is nothing quite like innocence to engender boldness. Solomon was a wise man and he wrote about this a long time ago. He said; “The wicked flee when no one is pursuing, but the righteous are bold as a lion.” Paul, the Apostle said; “Rulers are not a terror to good works.” If you are driving the speed limit, red lights in your rear-view mirror do not strike terror in your heart.

Well I gotta’ go. I have a woman here who hasn’t been kissed in a while. Don’t worry. I’m licensed to kiss.

What Will They Remember?