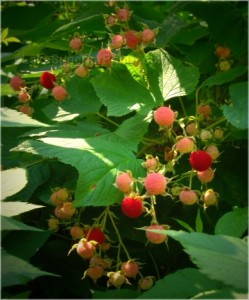 Matt Steinbeck is a great Christian guy. He is an experienced outdoorsman with a big, red, Dodge truck. Last summer he planned a trip to Isle Royal on the north edge Lake Superior. Kyle, our oldest son was invited to tag along. There were only five men in the party. They lashed a couple canoes to the Dodge and drove to Copper Harbor on the very tip of the Keweenaw Peninsula. From there they took a four-and-a-half-hour, fifty-four-mile ferry ride northwest to the Island. They paddled into the interior of the Island then hiked and portaged across a couple huge interior lakes.

The largest Island in the Great Lakes is Isle Royal, Lake Siskiwit Lake is its largest inland lake. They camped there for five nights. One night they feasted on fish they caught from the lake. They ate a huge pike, and forty perch – sharing their meal with a couple other hikers.

For weeks before the adventure Matt met with the men and primed them with stories of wolves, moose, loons, bear and other wildlife on the Island. He also talked longingly of huge patches of sweet, juicy thimbleberries.* He said if they were ripe and hadn’t been discovered by other hikers they make good eating. Thimbleberries are bigger and juicer and softer than raspberries and they have no thorns. Thimbleberry Jam is a local delicacy up on the UP’s Keweenaw Peninsula.

While hiking one day they stumbled on a sparse patch, but a few days later, just before reaching Siskiwit Lake, they came down through a dip in the trail where the forest was cool and found a patch of thimbleberries about the size of a half basketball court. Everyone dropped their packs and canoes and waded in waist deep until they foundered on the berries. The juice ran down their chins and their hands were stained for days.

Reading through the Bible steadily is an worthwhile adventure. There are patches of sweet fruit growing everywhere you look. It is my privilege to spend my life every week wading in waste-deep and picking fruit to share with people on the Lord’s Day. Sometimes I pick fruit for them. Sometimes I just show there were it is so they can wade in for themselves until the juice of truth stains their hands and drips off their chins. It’s something sweet to look forward to every day.

*Thimbleberry fruits are larger, flatter, and softer than raspberries, and have many small seeds. Because the fruit is so soft, it does not pack or ship well, so thimbleberries are rarely cultivated commercially. However, wild thimbleberries make an excellent jam which is sold as a local delicacy in some parts of their range, notably in the Keweenaw Peninsula of Upper Michigan. Thimbleberry jam is easily made by combining equal volumes of berries and sugar and boiling the mixture for two minutes before packing it into jars. They are can be eaten raw.