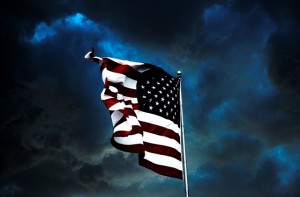 If you know me you know I like to tell happy stories about good things. I like to tell stories of love and goodness. I make excuses for celebrations every day. I like to point others to God’s good gifts all around them. I find this especially easy to do when spring overcomes winter and when summer turns to autumn. Evidence of God’s goodness abounds in autumn. But sometimes even in the autumn heartache silences laughter and tears drown any thought of celebration. That is what happened one sunny morning last fall.

Last fall the Trade Towers crashed to the ground and a year later our memories of that day are still painfully vivid. I remember that the almost universal reaction to the tragedy was to turn to God. There was some ambiguity about who that God was, but prayers, hymns, and memorial services were the instant response around the world. Who can forget the image of congressmen and women standing on the steps of the Capitol Building weeping and singing God Bless America? Who can forget the image of our President leading the nation in prayer and reading the Scriptures?

Within days pastors, theologians, talk show philosophers and essayists were trying to help people make sense of what happened from a spiritual perspective. Some were answering the question, “Where was God on September 11th?” Others were answering the question, “If God is good why would He allow such evil?” Those working to forge amity among the peoples of the earth had their hopes violently dashed again. Clearly when tragedy strikes some people are plunged into doubt. But that was not the effect it had on me.

I have spent my life thinking, reading, and studying daily of God. Since my childhood I have been taught basic truth about God from the Bible. On September 11th last year I did not see anything happen that weakened my faith in the God of the Bible. My heart was broken but my faith was not shaken. Everything I had been taught about God and the world and humanity was confirmed, even illustrated in the events of September eleventh.

Here are some of the things the Bible teaches:
. Mankind has fallen into sin and is depraved and in need of redemption.
. False religious systems foster inhumanity and end in death.
. Lasting peace will not come to earth until the Prince of Peace comes.
. Man and women are made in the image of God and have intrinsic value.
. Life is as short and fragile as it is precious.
. Human life is a divine gift.
. Humans are capable of great acts of sacrificial love and valor

The Bible teaches that humankind is fallen and depraved. All men and women are scarred by sin and estranged from God. The terrorist’s attacks confirmed that for all the world to see. The evidence of man’s depravity was beamed around the world instantly via satellite.

The Bible teaches that there are false religious systems that foster inhumanity and end in death. They are demonically inspired and have deadly consequences. That is exactly what we saw on September eleventh.

The teaching of the Bible is that lasting peace among the peoples of the earth is impossible without God’s intervention. In the tiny gaps of time between tragedies of this magnitude brave souls try to forge a belief in the possibility of humanity living at peace on the earth. When tragedies like this come it is clear that peace will not come until the Prince of Peace comes. The exact timing and details of that future day are still matters of debate and discussion among Christians but the fact is firmly asserted by all who are true Bible-believers.

The Bible teaches that every man and every woman is created by God in his image and has intrinsic value. Even in the confusion that followed the attacks no one ever suggested that life was not valuable and to be cherished. The world was plunged into mourning, not because of twisted steal and a marred skyline. The world wept for the people who pictures were tacked to telephone polls and bulletin boards around the City of New York and for their loved ones. Somehow in the deepest part of us, even on our darkest day we know that human life is a divine gift.

The Bible teaches the power of human love. The terrorist tragedy displayed the depth of that love and inspired acts of sacrifice and valor.

The Bible teaches that life is a vapor that appears for a little while and then vanishes like the morning fog. Life is short. Life is precious. Life is fragile. We saw those biblical truths illustrated thousands of times in the tragedy of September 11th.

On September 11th the very things that Bible asserts about man were captured on film and beamed around the world by satellite.

When tragedy, terror, famine, war and injustice come, the truth of God is the only thing that makes any sense of it. September 11th is here again and I’m still a believer.

Everything Important Depends on This