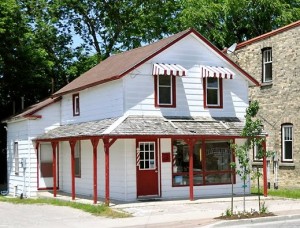 I’ve always considered a trip to the barber kind of a luxury, a social event. A barber shop is one of the places that hasn’t changed much over the last fifty years (except for a brief “styling salon” period in the seventies which went the way of the disco, thank God.)

I just love a good, old-fashioned barber shop. The smells. The local gossip. The latest news. A few new jokes. A fishing report.

A few years ago in a distant city I purred in town in my little brown wagon to visit the barber. I was new to the town.

I got the guy in the third chair. Let’s call him Gary. God makes no mistakes. Gary and I needed to talk. We chatted about the weather, the local high school football team, the Reds and Indians and the Buckeyes. (These are Ohio sports teams, for the uninitiated).

Finally he asked what I did for a living. I told him; “I’m a pastor.” He said; “Oh, you steal from people for a living. You don’t earn your own money, you wait for people to give you gifts.” Then he launched into what sounded like a well-rehearsed speech about how preachers take advantage of people for money and get rich off widows.

I listened to his diatribe and thought of my dad working two jobs so he could start a small church. I thought of my grandpa working at a factory and driving out to the little church he served. He and grandma carried their own drinking water because the little church had no inside plumbing for years. If they got rich off the generosity of widows if was a well-hidden secret.

When I got up to leave I turned and smiled and looked him in the eye and told him that most the pastors I know are not in it for the money. And I know quite a few pastors pretty well. Me, my Dad, my grandpa, my brother in law, and two of my brothers. All put together we don’t make enough to visit each other regularly let alone lease private jets or build villas on the Mediterranean. I gave him a nice tip and said; see ya’ next time Gary.

On another visit I determined to befriend him. I let others go ahead of me and waited so Gary would cut my hair. I tried to think of a good way to start a friendly conversation with him and settled on sports. There had been a big football game that week. I don’t remember who was playing but I do remember that I didn’t really have time to watch it. I read about it.

“Hey Gary,” I said, climbing into the chair. “What did you think of the big game?” He snorted and replied; “Oh, I have to work for a living, I can’ t sit around all day and watch football like a preacher.”

I told a few people about the way he treated me. Some of them thought I should stop going to him, if he was going to be so rude to me. I was trying to figure the guy out.

I guess that is why I continued to go back to him. In case he had had a painful experience with a pastor I wanted him to know that that pastor was the exception to the rule.

In case he was generally bitter against God I wanted him to know how good God really is.

In case he wanted to believe that the things of God were true I wanted him to see it was so.

In case he was committed to his sin I wanted him to know how to find freedom.

In case it was something I didn’t know I wanted to learn.

Maybe everybody should have a pagan barber.