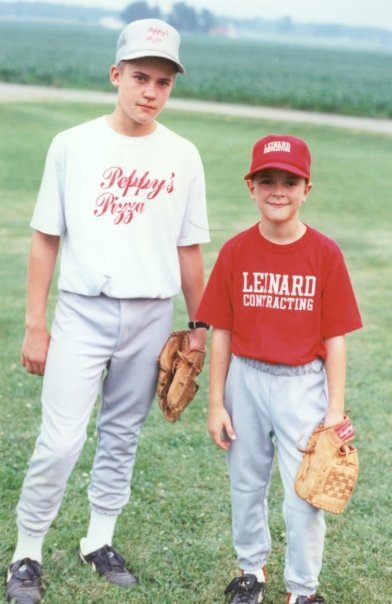 In the spring of the year my heart goes to baseball like a needle points north. I can almost smell the leather of the baseball glove, I can hear the crack of the bat, and I can feel the laces on the ball. The outfield takes on the emerald green of spring and little boys begin to sleep with their ball gloves under their pillow.

When we lived in Ohio we spent ten years building a church. They were wonderful times but they were lean. We did family things that didn’t cost much. We made use of the public library—an unusually good one in a little village called Chesterville. The boys played baseball. The whole family watched every game. It was free.

One spring the boys were both eager to play baseball but they were growing out of their clothes before they were wearing them out. They didn’t have baseball shoes and we couldn’t afford them. They were embarrassed and didn’t feel like they could play well in tennis shoes.

I told them that we just couldn’t afford cleats in time for baseball season.

I said, “When I was your age I never had cleats. I played in tennis shoes. Had a great time.”

They reminded me that I had told them that I was really not that good at baseball and maybe if I had had cleats it would have helped.

“Boys,” I said, “If you want baseball shoes you are going to have to pray for them. We just don’t have the money. The Lord can give you baseball shoes if He wants you to have them.”

That night when they were ready for bed they knelt to pray. We asked the Lord to supply baseball shoes in time for opening day. We prayed for many nights in the row.

Just a few days before the opening of the season a parcel came from Aunt Jean in Kentucky. She was faithful to send used clothes three for four times a year or more. Once in a while she would put some candy in the top of the box so the children were always eager dig into the box when at arrived.

This time they got a surprise. There was no candy in the box, but there were two pair of name-brand, lightly-used baseball cleats and both pair perfectly fit the boys’ feet. Aunt Jean did not know they were praying. She did not take time to measure the shoes. I think she had special help that day picking out those shoes.

I cherish a picture of the boys standing out in the front yard in their baseball uniforms with their ball gloves, wearing baseball shoes sent directly from God. Those boys are all grown up now and they both have dedicated their lives to helping people get to know the God who answers the prayers of little boys. Both of them are pastors today.