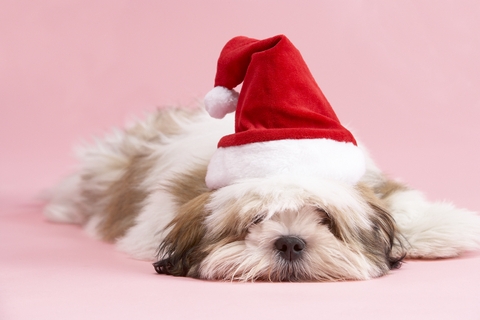 It’s Christmas again, the season of love and good will. It is the season of undying hope and Christian charity. It is the time of the year when kindness wells up within the most hardened souls. Christmas is the season when we look forward to the sound of carols, and sleigh bells, and most of all the musical laughter of little children.

It also just happens to be the season when, if you are not careful, a perfectly harmless-looking old lady may deal you a mortal wound with a shopping cart if you get between her and whatever widget the store has lured her there to buy.

In our family it’s also the season the family always learns a new Christmas song to sing for the Christmas Candlelight Service. We always wait until the last minute because our schedules are so full and because there are so many schedules to coordinate. There are ten of us.

I always want the children to smile and sing. It’s Christmas after all. I want their voices to be angelic and their faces radiant with joy. But if you are parent you know there is a fine line between merriment and folly. A merry heart is like a continual feast according to ancient Scripture, but the Bible also says the laughter of a fool is an irritating noise, like the crackling of thorns under a pot. (Which I assume must have been the ancient equivalent of scratching your fingernails on a chalkboard).

During practice for our annual Christmas song folly frequently overtakes merriment. As much as I savor the joyfulness of the season, I loathe the idea of the family falling into the “sillies” when we are trying to learn a new song. I hate it when the kids get the collective “sillies” when I am trying to practice with them. Once the “sillies” have set in threats of capitol punishment cannot restore order. I could vow to turn them over to the Taliban for a slow torturous death but it would not sober them a bit. It is as if they are possessed by dark forces of silliness. No power on earth can restore their sobriety once they are oppressed by the “silly” demon.

Our oldest is incurably silly at times. Our first born son, the oldest of eight often falls victim to the sillies. Were not talking about a toddler here or a frivolous Jr. High School girl. We’re talking about a grown man ready to go out into the world and start his own Pierpont franchise with his own wife and a career and a house and everything that goes with it. I tell you when that young man gets the sillies it is like a volcano of humor boils up within him and demands release. This release will of course come at the climax of my threatenings and imprecations. Nothing can suppress it until it has run it’s course.

Of course by now you may know the result of hours of practicing lilting, festive, joyful, Christmas music while hovering over the children with the treat of torture, starvation and banishment to the attic until the first of the year. They learn to sing looking like the characters in the American Gothic painting. They end up caroling without cracking even a hint of a smile, pale as Marley’s ghost. They look like subjects of a century-old portrait.

So if you hear my family sing for Christmas and they look like the death angel in Dicken’s Christmas Carol have sympathy. Christmas is hard on them.

Don’t be fooled by all the talk of peace and good will. They say Christmas is for the children. Maybe but Christmas isn’t for sissies. Having a great time can be hard work, it can be down-right dangerous sometimes. We are starting into a very dangerous season. I hope you survive it with your peace intact. It helps to keep your mind on the Prince of Peace.

The Prophet Isaiah, who told us about the Prince of Peace said; “You keep him in perfect peace whose mind is stayed on you, because he trusts in you.” (Isa 26:3 ESV)