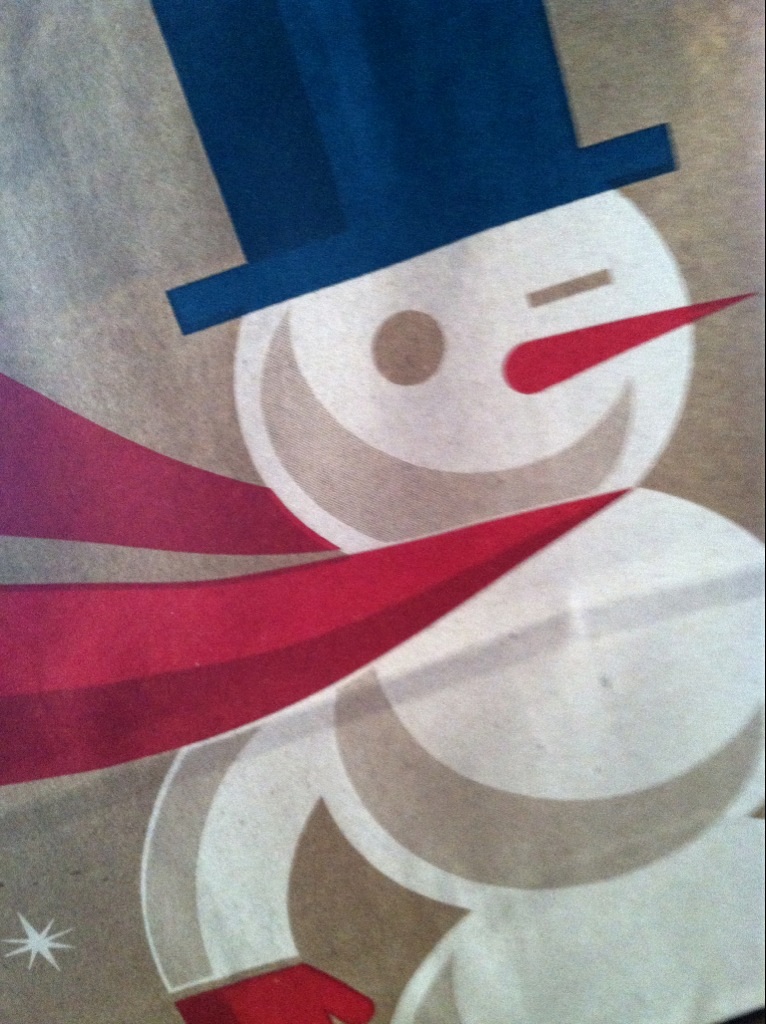 Ken and Paul sat in their dorm room and counted their change. They had returned bottles and scoured their pockets for the money. The semester was nearly over and Ken would make his way home to Ohio and Paul would spend Christmas in Houston.

Between the two they had enough to buy coffee at Starbucks, a treat the poor college students could rarely afford. They planned their evening. They would leave after supper. It would be dark by then. They had planned for weeks to take in the Christmas lights and see the decorations in the big department store windows on Michigan Ave. Earlier that day the snow began to come thick and fast. That sealed their decision to go now.

Since they had no money for the El they would have to dress warm and walk fast. They gathered their money, put on their gloves and caps and walked briskly off campus and toward Lake Michigan and Michigan Ave. The city was a million lights and a thousand sounds of Christmas. First year students, neither of them had ever seen Chicago dressed for the holidays before.

They agreed that they would wait to enjoy their coffee until they were good and cold because it would be a long walk back to campus after they saw the lights.

Every store was decorated on a theme and each window contained a different scene based on that theme. The young men still had their money in their pockets when they turned the corner onto Wells Ave. They were cold and ready for coffee when they saw a young man sitting under a canopy on an up-turned five-gallon bucket. He was playing a worn old acoustic guitar and singing Christmas songs.

The young man playing the guitar was talented and he played and sang as if he really loved every song. Soon he stopped singing and his hands brought the old instument to life. The young men stood silently almost reverently listening to the music. All the other sounds of the city faded away. Wordlessly and simultaneously they both reached into their pockets and dropped their coffee money into the open guitar case.

Realizing what they had done they glanced at each other with amusement and smiled. Then as if on cue they both spoke to the street musician at the same time: “Merry Christmas.” He looked at them and sincerely returned; “Merry Christmas to you guys, too.” He put his guitar away and the young men turned to make their way back to campus. He called after them; “Hey guys, there’s a Starbucks right around the corner. Care to join me?

“Uh- we better be getting back to campus. We have classes in the morning.”

And they said warmly, “Merry Christmas to you too.”

“Thanks for the music.”