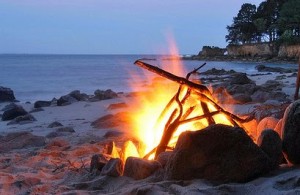 There is a graceful scene painted toward the end of John’s Gospel I love to contemplate. Peter has repeatedly and publicly denied Jesus. Peter had trouble with the idea that Jesus would have to suffer. Resisting the idea earned had him a rebuke at Caesarea Philippi. He just couldn’t get his mind around the idea of a suffering Messiah. He seemed to recoil even more at the idea of his own suffering. To avoid it, he repeatedly denied Jesus—eventually strengthening his denial with an oath, warming his hands by a fire of coals with the enemies of Jesus. The memory of that denial was a bitter memory for Peter. He knew he had disqualified himself as a follower of Jesus. He had resigned himself to his denial and returned to his fishing. He retreated in failure—shameful, public failure. When he thought of it he wept bitterly. Then he watched Jesus suffer and die from a safe distance at the edge of the crowd that dark day at Golgotha. Days passed. Peter went back to what he knew…fishing on the great harp-shaped lake in Galilee.

Then Jesus appeared as a figure walking along the shore early one morning—asking the universal fishing question; a variation on the, “…are they biting…” question. When Peter recognized Jesus he plunged into the water and swam to shore—about the length of a football field.

In a touching scene Jesus draws him back to the place where they had last parted—a fire of coals. The last fire had been a fire of denial with the enemies of Jesus. This fire was a fire of fellowship. Jesus had prepared a breakfast of broiled fish for Peter. Peter had denied him three times. Jesus gently elicited three affirmations of love from him to re-set their fellowship. He than let Peter know that he would still be an under-shepherd—he would still tend the flock and feed the sheep…. Oh, and there was one more thing… he would still suffer. He would even die.

His fellowship restored Peter would follow Jesus again and he would follow Him through faithful suffering. According to church tradition he was forced to watch his wife die by crucifixion. They say as she died she called out to him to encourage him to suffer faithfully. He felt unworthy to die like he saw Jesus die so he asked to be crucified up-side-down. Before he was crucified he left the church with a rich epistle on the subject of faithful suffering.

I love to think of the Jesus who prepared breakfast for Peter. I can smell the fragrance of the fire and the broiled fish. I can hear the sputter of the flames, the gentle lapping of the waves on the shore, and the gulls calling overhead. I can see the soft color of the sun rising over the Golan hills into the world across the shimmering lake. I can imagine the gentle searching eyes of Jesus looking into Peter’s soul.

I try to tell him I love Him over breakfast every morning—this Galilean who restores broken failures—this God of the second-chance.