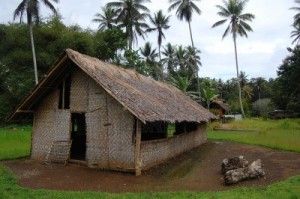 George Haberer, a retired missionary, just called. He was expressing gratefulness for our support over the years. I sensed that his heart was heavy. You could hear it in his voice.

He answered slowly. “Well, considering what I’m going through, I’m doing well.” He couldn’t speak for a moment. When he could he said, “I had to put my wife, Norma, in a nursing home today. We are dealing with dementia.” He choked up as he said it.

He grew up just south of Jackson, Michigan but now lives near his children in Washington State. He says the mountains remind him of Papua New Guinea. We talked for a while about his career as a missionary in the Philippines and in Papua New Guinea. He and his wife spent 23 years in Papua New Guinea. He spoke of building churches by hand and seeing them flourish. He thanked us for our support in his retirement. I assured him of our prayers as a church. We prayed. It was a delightful conversation. I found myself silently praying to God that he would allow me to serve faithfully and finish faithfully and cherish my time with Lois while I can.

A Sense of the Presence of the Lord