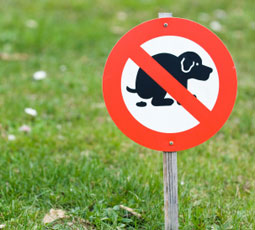 We used to live in a pretty exclusive neighborhood in the Western Suburbs of Chicago. The people who owned homes there (we did not) were people of considerable means. Across the street was a huge, white, Mediterranean-style home. Each of it’s many garage stalls was embedded with a luxury car sparkling like a gem. The occupants of the home owned the kind of dog wealthy people own. Our home was nice enough but not really ours. Our cars were pretty utilitarian, none of them even remotely gem-like. Our garage was filled with boxes of my books and the residual accoutrements of decades-worth of Lois’s crafts and hobbies and business-endeavors. We didn’t have a dog. No room in the family budget for animals. Most of our money was used to feed and clothe people.

After we lived there for a while I noticed an interesting pattern. It was clear that the people had at least the thought that, “my pet needs that I walk them once or twice”, I think that’s about were it ends with them though. The little neighbor dog was walked every day. He wasn’t walked very far. Even though he was the dog of people of means who lived in a big fancy house in a pricey neighborhood clearly he still had daily needs which were attended to much in the same way half-breed curs on the bad side of town take care of their daily needs. In the case of middle-class dogs their owners follow them around and gather the product of their necessaries and tote it home in one of those ubiquitous plastic bags. Mutts in bad neighborhoods are not attended to in that way. Rich folk seem to have another plan altogether.

As I mentioned, the neighbors in the impressive Mediterranean-style didn’t walk their dog very far. In fact one of the older girls just walked the dog across the street two or three times and day and watched while he made a deposit on our lawn. She didn’t bother with the plastic bag, I supposed because she knew we were squatters and not landed gentry like her people. Her boldness was remarkable and her dog was remarkably regular.

Lately I’ve been teaching and preaching my way through the book of Ephesians with a group that meets on Wednesday evenings in the Evangel auditorium. Paul’s letter to the Ephesians opens with a soaring paean to the spiritual wealth and privileges that are the inheritance of every single simple believer who is, as Paul loves to put it, in Christ.

A paean is a song of praise. A peon is a debtor held in hard-labor servitude to his creditor. So you could call the first section of Paul’s Ephesians letter a beautiful paean for common peons.

So here is a gentle reminder—something to think about when people are dumping their unmentionables on your life. If you are in Christ you may be a pilgrim on this earth but you are not a squatter. You are destined to inherit the whole thing—the whole thing. When heaven and earth are one we who are in Christ will be neither pilgrims nor squatters.

In Christ we are chosen and we are cherished. In Christ we are the beloved children of the benevolent King of the Universe! In Christ we are already invested with great spiritual wealth in the reality of the spirit-world—in the “heavenlies” and one day heaven and earth will be united in one under the dominion of Christ. In that day we will reign and rule and enjoy that restored creation with Him forever. If you let that sink in it’s enough to make you burst into song.

Paul reveals the truth that God’s eternal plan is to make all spiritual realities spill out onto the earth when the time is right. “…as a plan for the fulness of time to unite all things in Him, things in heaven and things on earth…” (Eph. 1:10)

Give that some thought while you are walking your dog today. Oh, and don’t forget your plastic bag.

A Church, or a Museum?