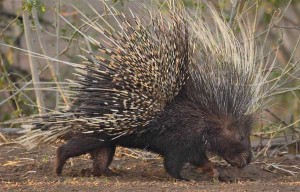 You can’t build a campfire in the North Manitou Island backcountry. Fires are only allowed in the small village camping area near the dock on the east side of the island.

Our first night on the island we were determined to get to the west side and compensate for the campfire restriction with a beautiful sunset and some pour-over coffee prepared by Kyle on his Jet-Boil stove.

I looked forward to the trip and prepared stories for the waning moments of day like this. Things had not gone as I expected but I was determined to have a simple “telling” before the sun set and we crawled into our tents.

When dinner was done and daylight was fading we leaned back and I told them a story of Northern Michigan. It went something like this:

In 1855 Henry Wadsworth Longfellow penned an epic poem The Song of Hiawatha about Native American life in the northern Great Lakes. He called the area the Land of Hiawatha—his name for the hero of the poem, an Ojibwa Indian chief.

Arthur Glenn first went to the land of Hiawatha, specifically Michigan’s Upper Peninsula, just before WWI. He was a single man and, at the time, a backslidden believer. He worked in the raw and dangerous logging camps. The camps and communities were filled with rampant drunkenness, immorality and irreverence.

Years later he would return with his wife Florence as a pastor. They would live and work among the people there. They met other families working to foster churches in a very difficult place of service.

In 1940 an incident took place that would change his life and impact the whole region for Christ. He stopped by the home of Fred and Stella Kinkel, missionaries in Newberry. He usually stopped at mealtime. They were normally warm and hospitable. On this day they were slow to invite him in. It was because they had so little. Their meal would consist of a few old potatoes and a porcupine that Fred had clubbed to death.

Later Arthur would say that he felt the incident was arranged providentially by God to stir him to go to Lower Michigan and make the needs of the missionaries known and raise money to help them.

With the help of Dr. Henry Savage of First Baptist Church of Pontiac he would form an organization to support missionary church efforts in the Land of Hiawatha. They would name the organization Hiawatha Land Independent Baptist Mission.

Arthur was killed while serving the mission ten years later in an automobile accident, but the mission would go tenaciously on planting gospel-preaching churches all across our beloved Land of Hiawatha.

Today the mission had broadened its reach across the North American Continent and it is known as Continental Baptist Mission. We will never be able to calculate the impact of their vision this side of eternity.

When I finished my story we sat quietly and sipped our coffee and watched the colorful afterglow of the setting sun in the clouds. I told the guys that I hoped they would each dedicate themselves to making the story of Christ known, perhaps here in the region we have grown to love so much. We all prayed. We told Him our burdens, ambitions, fears, goals, and dreams. We expressed our love to Him and then we crawled into our tents to sleep.

Tomorrow would be a day none of us will ever forget. I’ll tell that story next, but you won’t believe it.

Here is the main source of my story: