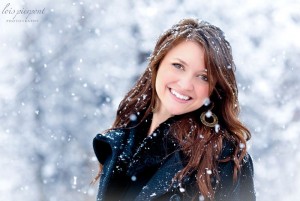 A couple years ago I witnessed something sad and made a note about it in my journal. Today I want to share that entry with you…

It’s almost Christmas. I wouldn’t mind if it was a little colder and a little snowier. Yesterday I realized that not everyone feels that way.

I had worked hard all day and on the way home I needed to stop by a health food store for a few things. I was driving behind the store when out of my peripheral vision I saw a man sprinting toward me. He wasn’t jogging for his health or hurrying a bit to get out of the rain. He was on a dead run.

I got out of my car and started into the store. Two more young men came running after the first man. I turned to watch what was happening. The first man dropped a pair of gloves and darted across the street. The young men grabbed the gloves and tried to keep with the thief while they dialed the police. I think they were plain-clothes security officers from a nearby department store.

They ran down the street toward the east. I had an idea where the man might be going. There is a warming shelter ministry at a church near there. It was getting toward evening. They sky was darkening. The wind was picking up. The temperature was dropping. I thought the man might have gone to steal a pair of gloves while he waited for the warming shelter to open and the evening meal to be served.

I finished by business at the store but the incident troubled me. I drove over to the church to see if I could find the man who needed gloves. I couldn’t find him. He may already have been picked up by the police, but as I circled though the church lot what I saw broke my heart. There were people huddled against the building waiting for the warming center to open.

I could tell they didn’t want it to get any colder. They wanted warmth. They wanted shelter. They wanted food. They had no homes. I kept driving toward our home. I wept and I prayed as I drove toward my warm home full of light and love and laughter and banter and food and safety and security.

I’m dreaming of a white Christmas, but not everyone is. Merry Christmas