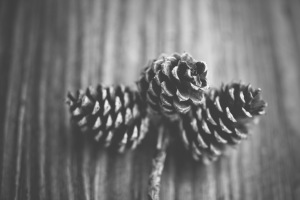 It’s Christmastime again in the Downriver and money is tight. As wonderful as the season is, you can sometimes feel the financial and emotional pressure in the air. If your heart has eyes for it you can see it.

Jim is one of our deacons. Jim and Bea needed gas one day last week. They were shopping gas prices, trying to save a few cents a gallon, when they saw a sad sight with the eyes of their hearts.

A young man was out in the cold on a bike. He had laid his bike down and he was digging though a trash can. At first they thought he was looking for cans but he must have been hungry. As they watched from the warmth of their car they saw him pick up a couple half-eaten sandwiches and unwrap them to see if they were edible.

Jim got out his wallet and Bea reached for her purse. Between them they came up with fourteen dollars cash. Jim took the money, got out of the car and walked over to the man on the bike. He said; “I’d like to buy those sandwiches from you. I’ll give you fourteen dollars for both of them.”

The man was grateful for the gift. Jim took a minute to talk with him, listen to his story, and give him the money and a little booklet explaining the gospel.

Like everyone else you know rich or poor, what the young man on the bike needed more than anything was the message in the little book, but it’s easier to hear the gospel when you don’t have to listen over the noise of an empty stomach.

Jim and Bea gave away more than they saved on their discount gas, but that winter evening they made an investment that will pay off in eternity.

It’s Christmastime again. See the world though the eyes of your heart.

In All Your Ways Make Him Known (Christmas)

One Willing Heart At A Time