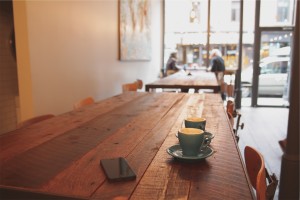 “You can’t bury someone without ceremony like you open a can of tuna fish.”

When Bill died, I was asked to preach his funeral. We had never met. When that happens it always makes me sad. You really should have your funeral preached by someone who knew you.

Bill must have been a nice fellow though. Sometime years ago before anyone remembered he had seen fit to join the church. I visited his daughter to plan the funeral service and burial. His daughter sitting across the room seem nice enough. She was clearly the responsible type with a tidy, modest yard, a neat yard, a rust-free car, and good manners. What left me a little cold was the way she talked about her father. I’m sure she loved him and missed him but you couldn’t tell by the way she talked about him. I felt like a police detective trying to ring the facts out of a stubborn witness.

This was going to be hard. A funeral is not a cold, utilitarian thing like getting a license at the Secretary of State. You can’t bury someone without ceremony like you open a can of tuna.

At a funeral people expect eulogy. Eulogy means praise–saying good things. A funeral with a vacuum where eulogy belongs just never seems quite right no matter how much orthodox Christian truth is communicated. In the air of a funeral without eulogy hangs a dissonance that everyone can feel. Over the years I have learned that including eulogy in a funeral is like the satisfaction of resolving a chord in music. If I had to rely on Bill’s daughter everyone would leave his funeral with a sense the something important was missing. ??After interviewing her for about a half hour I was about to give up and settle for sort of generic memorial. What else can I do? That’s when I stumbled on the clue.??I asked; “Did Bill have any friends around here?”

“Well, just a lady friend,” she replied. I got the address of Bill’s lady friend and paid her a visit. She was a delightful and colorful little lady, lively and verbal. She supplied me with all the notes quotes and anecdotes I needed. Now I was getting somewhere. I knew I would be able to insert enough feeling, warmth, and emotion to comfort those who would gather to pay their respects to Bill. We would be able to do his memory justice.

During our conversation she said something that I’ve always thought I was a little parable of Christian cooperation. She said; “You know, Bill really couldn’t see very well but he had his driver’s license. My eyes are pretty good but I can’t drive so together we got around pretty well.”

I almost choked on my tea at the idea of an elderly man who couldn’t see well aiming his big car along the road at the direction of an elderly woman who couldn’t drive. Because of their age there are some things they couldn’t do but they didn’t let them that ground them. They learned to work together and combine strengths and weaknesses. As a result they managed to get around pretty well.

God designed us all with built-in and abilities and weaknesses so that we would not have an independent spirit. To live life well requires teamwork and cooperation. We were not designed to function independently. It’s that way in life and in the family and it’s that way in the Church of Jesus Christ.

Once a little boy named David you arrived late for Sunday School. When the teacher saw him she was trouble. Little fella’ had only one arm. Knowing primary children as she did she feared some of the other children would make insensitive comments or ask awkward questions.

She had no idea the little boy was coming and no opportunity prepare the class. All went without incident until, without thinking, she decided to close the class with the little finger play;

It was too late before she realized the mistake she had made. Little Davey would be humiliated and left out. With a lump in her throat she looked toward Davey. To her surprise he was grinning from ear to hear. His right hand was locked together with the left-hand of a little girl next to him. The little girl chirped;

“Look, teacher, Davey and I are building the church together!”

Paul wrote to the church in Corinth; “But now God has set the members, each one of them, in the body just as He pleased.” (1 Corinthians 12:18)

It might surprise us the places we could go if combine our gifts, pool our strengths, and share our resources.

God of the Fallen Sparrow

Lessons on the Porch (Part Four)