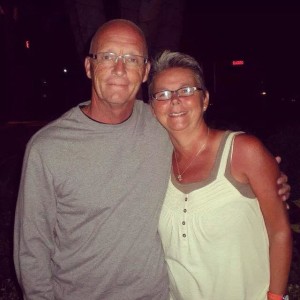 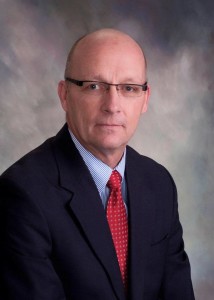 About thirty years ago, very late on a winter night, the phone rang. I answered. On the other end of the line was a quiet voice.

“Hello, this is Bob Dunbar. Could I speak to Linda?”

Lois’s sister Linda had come to live with us while she got launched in life. We had plenty of room and it was good to have her with us. She was always fun to have around and she showered little Kyle with attention and bubble gum. She worked as a waitress at the Emporium, a restaurant in downtown South Bend. It was there she met Bob Dunbar.

At first I was a little skeptical about this young man with a quiet voice who called at three o’clock in the morning, but when we met him, he won his way quickly into all of our hearts. We all grew to love him but I wondered about his faith.

One day I asked him to golf with me. My goal that day was to spend time with Bob, get to know him, enjoy a round of golf, and open the door to conversation about Christ.

After our round of golf was over we put our clubs in the back of his old pick-up truck and I prayed silently that he would be open to talk to me about the things of the Lord. I expected to take this conversation in stages. I prayed that God would help me be gentle but persistent. Over time I hoped that he would be open enough for me to explain the gospel to him. I wanted Linda to marry in the faith. I wanted to influence Bob and Linda, if they were going to marry, to follow Christ together as a family.

Bob ran though the gears and over the sound of the engine I started into one of the most important gospel conversations I have ever had with anyone.

“Bob, there is something that is very important to me that I would love to talk to you about some time,” I began. I planned to just explore around the edge of his soul to see if he was open to talk about something so intimate as his faith. I didn’t know him well at the time. I didn’t realize at the time how precise his thinking was, how logical he was in the way he approached things. I didn’t know him well enough at the time to realize how sensitive he was, how intuitive he was with people. I didn’t realize what a sincere person he was. With kindness and directness that I would later discover characterized him he said, “Well, Ken, if it is important to you, lets talk about it right now.”

That spring evening we stood in the open door of the garage and talked about Jesus and Christian marriage and family. He told me that he wanted to follow Christ. He wanted to have a Christian marriage and a Christian home. He was interested and sincere, eager and open. For many years I have remembered that conversation with great joy. It was the first of hundreds of conversations about ultimate things that Bob and I have shared.

Often, when a young man is interested in a young woman, he will initially show some interest in her faith or her religious background until he has won her heart and then he will lose interest, but Bob was sincere and honest in his desire to follow Christ.

Bob was baptized and began to study the Bible. He was active in attendance and service in an evangelical church. When he and Linda began to have children they taught them at home and trained them to love and serve Jesus. Bob quickly became a Christian leader in the South Bend area. He served on boards and in his church and expressed his faith and devotion to Christ in a multitude of ways with hundreds of people. He gave and served and questioned and listened and worked giving expression to his deep and sincere Christian faith.

He continually encouraged me. Soon I began to look to him as a source of clear-thinking wisdom. One day he wrote me a long neatly lettered note on a legal pad thanking me for my spiritual influence and my example in his life. I cherish the memory of that note but in just a few years time it would become clear that he was a spiritual leader and that many including my own son would begin to look to him for encouragement and for council, wisdom and support. He was quietly generous with us and with many, many others.

I wrote an article once about questions to ask your children in order to access their heart and express your love. He wrote me to tell me that he kept a copy of the questions in his wallet. He said, “When I am taking one of them to sports practice I will take out the list and I will concentrate on a few of the questions to open a meaningful conversation.”

He always read the Stonebridge and continually shared it with others and wrote to me to comment about it. Once he said; “You should charge for the Stonebridge Newsletter.” I never go that off the ground but I was encouraged to know he thought it was worthwhile.

The Saturday after Christmas our families were all together at Kyle’s house in Howell for a family Christmas. It was a happy evening. We exchanged gifts and laughed and had a lot to eat.

A major winter storm hit our area early yesterday morning. I leave for the study at church long before light on Sunday mornings to prepare my heart for the day. On the way out yesterday I shoveled out to Lois’s car and cleared her windows. Before the morning service I made my way around greeting people. I didn’t see Lois. I texted her to see if she was OK. As the service progressed I kept thinking she would show up late. Maybe she had had a little trouble with the snow.

For her to call repeatedly during a time she knew I would be preaching I knew something must be very wrong. As soon as the service ended I walked out into the hallway. Dale and Hannah looked at me with grave sadness. Hannah said, “Mom needs to talk to you.”

“What is it? What’s wrong? What has happened?”

“Bob Dunbar died. He was shoveling snow this morning and he had a heart attack.”

I remembered our last time together. We joked about the gift he gave me in the family Christmas exchange. It was a Starbucks gift card. For years we have joked about a little habit Bob has. When you go to a restaurant or driving range or coffee shop and try to pay, he would always say, “Ken, let me get this.”

“No, Bob. You always buy. This is my treat,” I would object.

Then Bob would hold the palm of his up and say, “Please. Please.” Then he would pay for the coffee.

I still have a little money on the Starbucks gift card Bob gave me for Christmas. This week I’m going to Starbucks and spend an hour just thinking about Bob. I’m going to spend some time thanking God for him and asking God to help me finish faithfully and honorably like he did. I am going to enjoy the last cup of coffee he bought me in this life.

P.S. I preached in Bob’s memorial service on Friday morning. By 9:00 p.m. on Friday evening I was six hours north and preached at Camp Barakel at a Father-Daughter retreat Bob and his daughters Carlie, Margaret, and Emma and attended before. Sunday, when I finished the retreat we drove back downstate. At Birch Run we stopped for coffee. It was there I used the card to spend the last of the money he had given me at Christmas on our last cup of coffee. Holly was with me in the car and took a picture of it–then we cried and prayed again and thanked God that He had put Bob Dunbar in our lives. 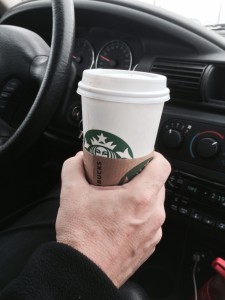