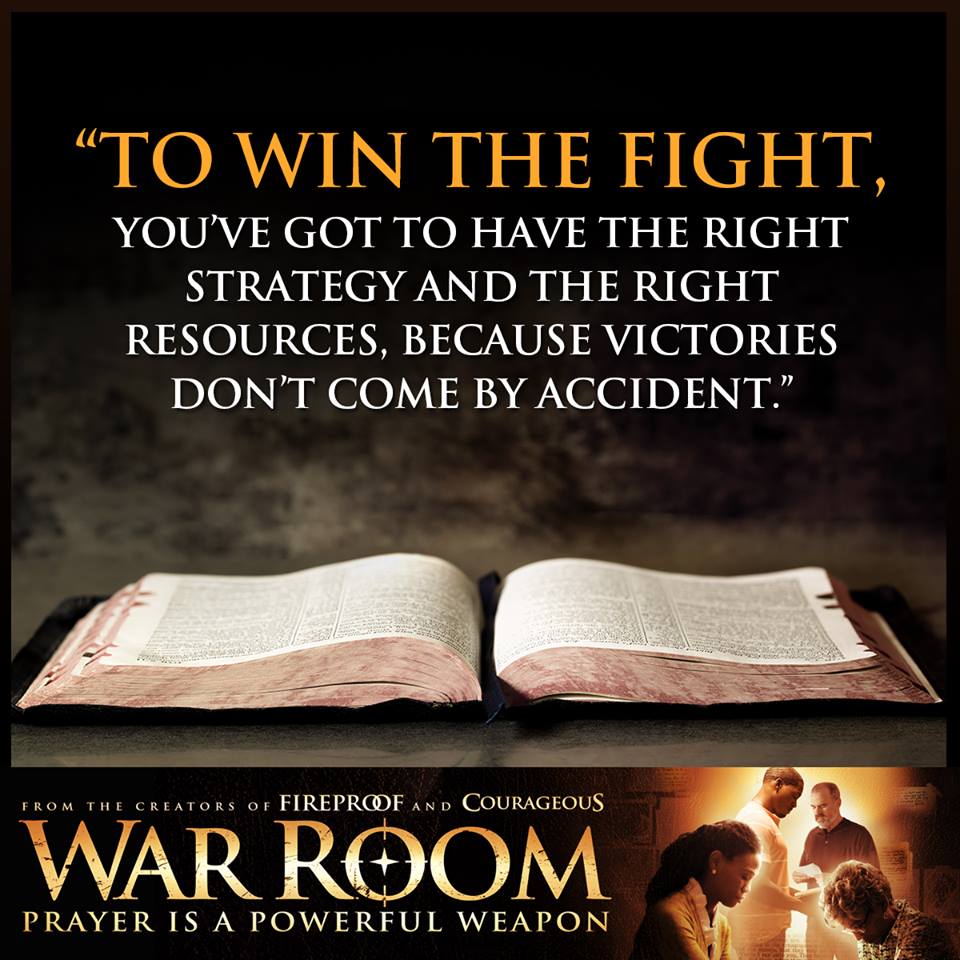 What makes a Christian movie good? Critics don’t think War Room was a good movie. Here are some reviewers comments:

“But much of what follows is turgid and, for non-believers, ridiculous…”
“Badly-acted, poorly written, a hackneyed sermon that (barely) preaches to the choir.”
“It’s not so much the plot or themes of the film that’s the problem as the ham-fisted execution.”

Here is what USA Today’s movie reviewer wrote about War Room: War’s box-office might is made all the more impressive by the fact that it includes no stars and received a weak critical reception (just 36% positive reviews on Rotten Tomatoes, compared to a striking 91% approval rating from audiences.)

What makes a Christian movie good?

Is a movie good if secular critics give it good critical reviews? Often reviewers or critics are enemies of God and of the things of God. Of course they would not give a godly movie a good review. They would either oppose it or simply not get it, because to get it would require spiritual discernment. Some will “see it” only when the light of the Spirit goes on in their souls.

Some are people who think the movie misses their criterion for critical commendation. But for centuries songs or books or movies not considered worthy by the “critics” have done much enduring good long years after the critics have come and gone and the industry has changed it’s criterion for evaluation.

I don’t recommend the movie Napoleon Dynamite but due to pressure from unnamed family members I watched the movie. It’s just mildly-entertaining bizarre foolishness. Nothing about it was inspiring or edifying or meaningful. Out of curiosity I looked it up on Rotten Tomatoes. The “critics” said it was a “…charming, quirky, and often funny comedy.” Rotten Tomatoes gave it a high rating of 71% but War Room was rated 36%. I think we should evaluate the critics not listen to the critics evaluate the movies.

Is a movie good because believers think it matches the quality of popular films? Others who criticize movies like War Room are believers who like to think of themselves as too culturally sophisticated for such drivel. They are embarrassed by these movies. They want unbelievers to think highly of them. I also know many Christians who have little or no discernment in their movie choices regularly watching and defending movies with very godless content. But was War Room a good movie? That depends on your criterion for judgment.

I recently read a blog post mocking Christian movies, specifically A Thief in the Night. In the post the author mentioned thousands were saved after watching the move, sarcastically tagging “some for the first time,” as if their conversion may not have been genuine. I can say the same for some of “my professions of faith” and I know the blogger to be an honest man. He would quickly say the same for his, and that does not make him stop doing what he does and it shouldn’t. I personally know many who were genuinely and sincerely saved watching movies that I would be embarrassed to recommend in these days of cinematic sophistication, but the people, including my own wife were soundly and eternally saved, not because the movie was cool, but because the Gospel is powerful–even if it is sometimes preached in an unsophisticated way.

What if it’s critical ratings are very low? If a the critical ratings of a movie are low that does not necessarily mean it is a bad movie. Many songs and books and movies endure to good and useful effect that never achieve any critical acclaim. If millions of people were to buy my books and be moved God-ward I would not care for a moment if I ever achieved any critical success. Why should that matter at all?

Since this is my blog, let me tell you what makes a good movie a good movie. Wouldn’t virtue have to be seen as virtuous for a movie to be “good” in the truest and most primal sense? It would have to extol what is good and do it well.

Here’s what I would tell you. War Room touched my heart. War Room stirred me to prayer and holy living. I left the theatre determined to pray more faithfully for those I love. At the end of the day those are good things. Therefore War Room was a good movie, good in the most important sense of the word. If at the end of the day I pillow my head with pure and godly thoughts, if I am stirred up to love and good deeds, why does it matter that unregenerate men and women, who often heap praise on movies that glorify godless things, don’t speak highly of it? It’s an honor to win their aspersions. If a movie makes me a better husband, a better dad, a better citizen, a better pastor, then I say it was a good move. War Room inspired me to raise up a powerfully praying church. War Room was a very good movie.

Why The Terrorist Threat?