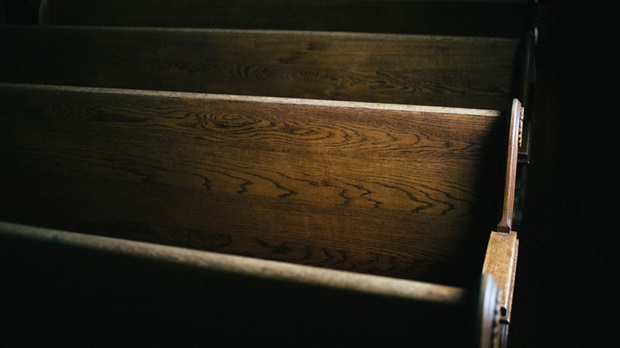 This weekend I spoke to a father-son retreat at a small camp. There were only a couple dozen guys there but there was a sweet spirit among them and good fellowship. A fifteen year old boy stood and lead singing with a guitar and the men sang with obvious zeal and conviction. As I drove away my heart was full. I knew we had met with the Lord. To get back to Fremont in time for Sunday school and church I had to leave without speaking to anyone, but someday in eternity I believe I will see some fruit from what happened this weekend. I am convinced the Lord met with us there.

When I am asked to preach in a jail or rest home or in a small meeting or country church I always go if I possibly can. I’m sure I learned this from my parents who have served God in humble, faithful anonymity for over forty years. Sometimes they served in country villages so small the traffic didn’t even slow down. Jesus did the same thing. He once said; “He that is faithful in that which is least is faithful also in much.”

One summer evening when I was a boy still lives in my memory. It was the Lord’s Day in New Carlisle, Indiana. Mom and Dad worked briefly with a church there and decided to start a Sunday evening service. They knew attendance would be small at first but they were a little surprised when no one showed up for the service at all. I expected my Dad to cancel the service but he went right ahead as if there was a crowd of 300. He prayed, gave announcements, and lead singing while Mom played the piano. At first my sister and I were the whole congregation.

About twenty minutes into the service the back door slowly opened and an elderly couple walked in. They were my mom’s aunt Betty and uncle Bill. They lived about a half-hour away in South Bend. Aunt Betty and Uncle Bill were not believers and they never attended church. They came out of kindness to Mom and Dad, sat quietly through the rest of the service and left.

Mom stopped them on the steps of the old church house and there, while my sister and I caught fire-flies on the lawn in the failing light of a summer evening, aunt Betty and Uncle Bill stepped over the threshold of faith into the family of God.

Some people questioned the sincerity of their decision but after a few weeks it was obvious to anyone who knew them that after years of hard living and unconcern about the things of God their lives were greatly changed.

They walked faithfully with the Lord for the rest of their lives and went to be with Him peacefully within an hour of each other one night. They were faithful to the Lord and to each other until death.

During my ministry I have preached countless times to tiny groups in humble churches and homes, jails, hospitals, and rest home chapels. From time-to-time it is my privilege to speak to a large group of people in a coveted place. But no matter where I preach I always try to remember that God often does really big things in really small places. And when the crowd is small and the place is humble I try to pour out my heart as if someone’s Aunt Betty or Uncle Bill are there hearing the sweet story of Jesus’ love for the very first time. The way I see it no job is small if it is an assignment from the King of kings.

(six years after the incident described in the first paragraph of this story I was called to pastor the church that sponsored the retreat–ironic that I had written; “someday in eternity I believe I will see some fruit from what happened this weekend…”).

Petty Games At the Foot of the Cross