On the way home from the study every evening I pass a park filled with pirates, dozens of them every autumn night. They are Riverview Pirates, young Riverview football players practicing for thier Saturday games. They wear bright yellow pants and burgundy jerseys. When I see them I always feel a pang of memory… sweet memory of a year I spent watching each Riverview Pirate practice and game with intense interest.

I had skin in the game-literally. Our youngest son, Wesley was once a Riverview Pirate. He was, in fact, everything his dad ever dreamed of being and was not…. Wes was the starting quarterback on offense. He was the middle linebacker on defense. He was the punter and he was a kick-returner. He played every down of every game. I suppose in the interest of full-disclosure I should tell you that the team did not win many games. But it was an unforgettable year.

Every weekday I tried to arrange my schedule so that I could be leaning on the fence watching every practice and standing on the sideline at the line of scrimmage for every snap of the ball come football Saturday.

I have a vivid and wonderful memory of a night game under the lights. I was in the stands with Daniel, Wesley’s next-older brother, when Wes took the snap, faked a pass and ran around the right end for sixty-five yards and a touchdown. We shouted and celebrated. To us it was bigger than the SuperBowl.

It seems like Wesley grew up quietly. He was easy to raise. Obedient. Respectful. Good to his mother. A fine son. He is a hard worker. He worked with men from the church and they always had good things to say about his work-ethic. He made us grateful.

I was speaking at camp in Northern Michigan when he left for college. I saw the picture he posted–a shot of the setting sun over the hood of his truck on the way to college in Grand Rapids. I called his mother who was closed away from the rest of the family in her room weeping. Her baby boy was gone. His room empty. After a year his time in Grand Rapids he followed Dan, as he so often has, this time to New Mexico and then to Texas to work in oil and then in geo-thermal drilling.

News began to filter back of coming-of-age, of hard, dangerous work, and then of a young lady, Dylan. Her pictures were beautiful. We looked into the stunning blue eyes of this young lady in the pictures that began to surface on social media. Our son, who had no intention of getting serious about a girl changed his mind.

Last Saturday night he took her to dinner in Ft. Worth at an outdoor restaurant. After dinner he took her for a walk along the river and surprised her with a special gift–tickets to a concert with one of her favorite bands. They drove to the concert. In the middle of the concert the lead singer called Wesley forward. He asked Dylan to come with him. He said; “Don’t you have a question you want to ask Dylan?”

Wes dropped to his knee and held a diamond engagement ring out to Dylan. She held her hands over her face for a moment in joyful surprise… and then said yes. They embraced. The concert-goers burst into loud applause.

Wes has taken a job in West Michigan. Dylan will follow him. They will marry in Austin in early January.

On the way home from the study on an autumn evening I look over at the young pirates in the park and I always think of Wesley. I remember the little blond boy in the drive riding without training wheels at three. I remember a couple years when he wrote and performed creative Christian rap. He went down in the basement and worked for hours on those songs. When he left I went to his room and paged through the journals where he worked out the lyrics. I remember hundreds of times when he quietly listened to my messages over in the Pierpont section, second row, piano side. Far right section. I remember trips to camp, thoughtful gifts, and birthday breakfasts. I remember his great love for Christmas, Christmas music and Christmas books. I remember his quiet loyalty, his special affection for his mother, his quiet kindness to his sisters. His affectionate ways. I remember the night at summer camp when he began to take hold spiritually and follow Christ with a personal faith.

Driving by the park on an autumn evening, passing the football practice usually a happy tear forms in the corner of my eye. Then I brush it away. People say of all the children Wesley looks the most like me. I wonder if he and Dylan will have a child with her stunning blue eyes. 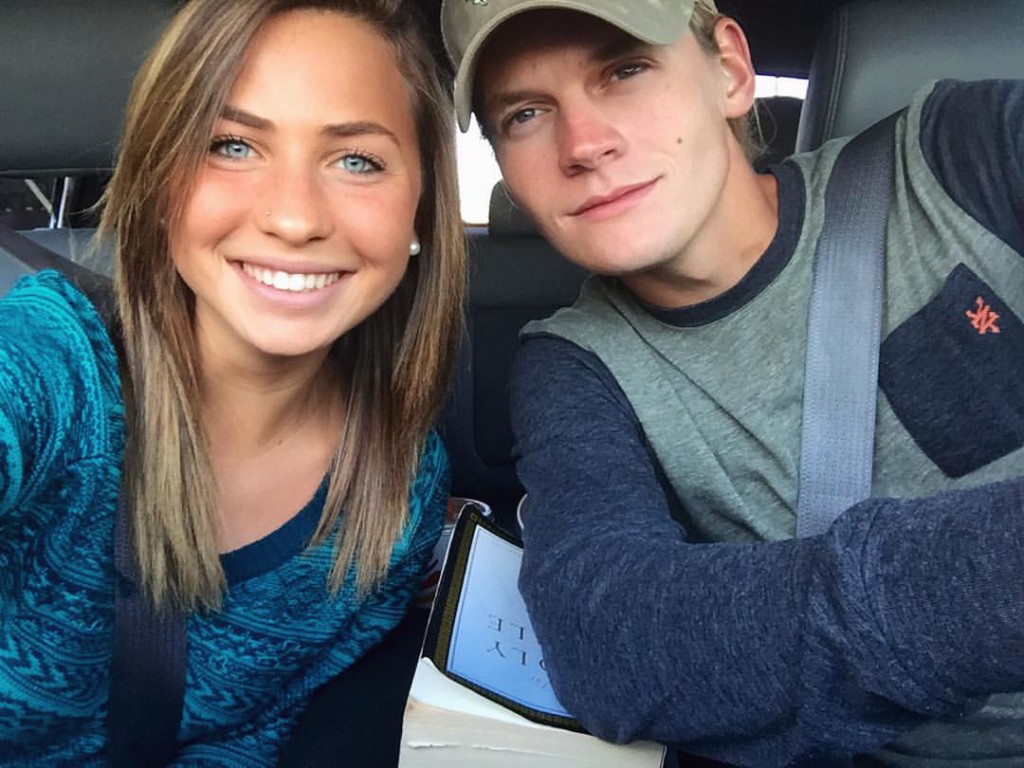