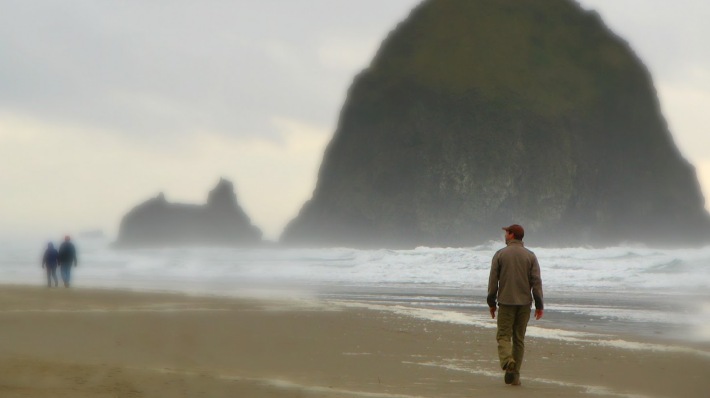 Last August God began to work in my heart, bringing me to deep conviction about devoting myself to prayer in the same way I have devoted myself to the ministry of the Word for the last 36 years. Using the Word, the the inner voice of the Spirit, and divinely-arranged circumstances, He moved me to devote myself to pray for each of the members and each of the regular attenders of Evangel every week. This would mean that ministry for me would change in a significant way.

Here were the lessons God was teaching me beginning on that summer evening on the porch:

1. Devote yourself to prayer in the same way you have devoted yourself to the ministry of the Word.
2. Pray for every member and every attender of Evangel every week.
3. Make prayer for the people a priority. If you don’t pray for people you aren’t really their pastor. Don’t preach to people you haven’t prayed for.

A friend gave me the name of a pastor in Oregon who had experienced a remarkable working of God in his church. His name is Dee Duke. He had started the church but he had been through three church splits. He was raised on a dairy farm and he know the importance of hard work. He worked hard and every time he got to church up to 200 in attendance at split and dropped back to 100.

No matter how hard he worked he could not see the church grow beyond 100. He was discouraged. He was defeated. He was determined to quit the ministry. About this time he was invited to a meeting in Cannon Beach, Oregon at a Bible Conference Center on the Pacific Coast. The meeting was organized by Joe Aldrich, then the president of Multnomah School of the Bible. He didn’t have enough money to attend, but he was offered a scholarship. (Cannon Beach is just a few miles south of where our daughter and her husband Jesse live. It is a beautiful place).

Pastor Duke said to himself; “I’ll go to the conference that way I can walk on the beach and eat the food, but I will skip the sessions. When he got to the conference he felt obligated to attend at least the first session of the conference. During that first session God began to show him why he had been defeated in ministry. His pastoral life was revolutionized by what he was learning about prayer. He returned to his church and began to emphasize prayer. God began to bless. The spirit of the church was transformed thought prayer. The church grew to over 1000. Now they have stared other churches in Oregon and over 20 churches in Africa.

Pastor Duke told the story of his dad who was a farmer and a faithful church attender though he wasn’t a believer until late in his life. His dad during the sermon every week would methodically fold his offering and faithfully drop it in the plate when the offering plate was passed at the end of the service. He was a consistent and faithful giver but he only gave one dollar a week.

If you asked him if he was a giver he could honestly say, “Yes. I give every week and I give a consistent amount. I am a regular, faithful giver.” What is wrong with that picture? It’s simple. He did not give enough. Most of us pray. We may even pray faithfully and often, but like Dee Duke’s dad, we just don’t pray enough we don’t pray frequently, faithfully, and fervently.

If you read the prayers of the Bible you will see that men and women of God took prayer seriously. Daniel, Nehemiah, Paul, and Jesus made prayer a priority. They prayed frequently. They prayed faithfully. The prayed fervently.

After my conversation with Pastor Duke I went on-line and listened to some of his messages on prayer and I decided to take action and make some significant changes in the way I do ministry.

I decided to divide the members and regular attenders into six groups and pray for them Monday through Saturday. On the Lord stay I would pray for pastors and missionaries. There are about four-hundred families in the church so I’m praying for 60 or so families a day.

I began to pray faithfully for every member and every attender of Evangel.

I noticed that as I prayed for each of the people every day I began to have a greater burden and a greater connection and involvement in their lives. I began to “know the state of the flock” better than ever. I began to take more interest in each person, in each family, in each child. Ministry ideas would come to mind and as I prepared my messages their circumstances would naturally come to me in the from of powerful and pointed applications in my preaching to help the very heart of each of those who listened to me.

I began to encourage the other pastor, deacons, teachers, and small group leaders to devoted themselves to prayer for those who were under their care. I began to challenge the people to create a detailed list of all their neighbors and friends who did not yet know the Lord and begin to faithfully pray for them.

I had a strong sense that God was in this. I asked Him for a token–a confirmation that this was the way He wanted me to approach ministry. Before a week passed He gave me powerful confirmation. I will tell you that story next time.

If you would like to here the story Pastor Duke re-told the story a few weeks ago at the beginning of a message. You can listen to it here.

The Beginning of Year Nine