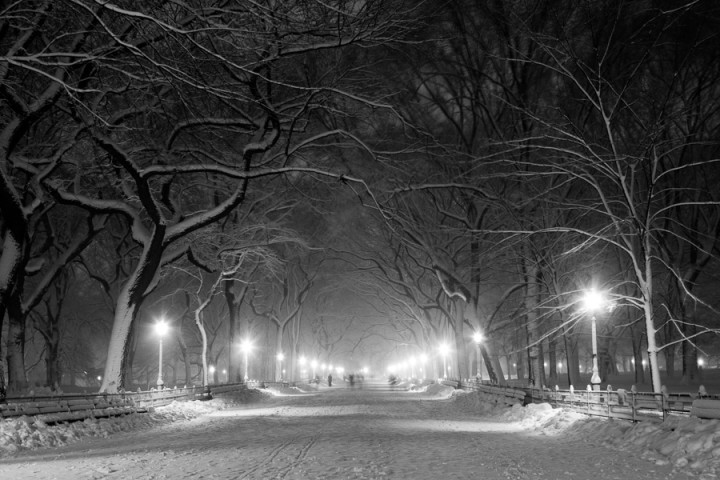 David Kline is an Amish farmer and gifted writer. In the sixties he was drafted and forced to move to Cleveland to work in a hospital since he was a conscientious objector. Born and raised in the quiet countryside of Holmes County, Ohio, the largest Amish settlement in the world, life in the city was a difficult adjustment.

“I moved to Cleveland in late November, and when I was returning after spending the Christmas holiday at home, the Greyhound bus got caught in one of the early winter snowstorms northeastern Ohio is famous for. Arriving three hours late, in the early morning hours, the city was at a standstill. The city buses, my usual mode of travel to my apartment eight miles out in the suburb (for thirty-five cents), had quit for the night, and there were no taxis running. The city was asleep.

Since I did not have enough money for a hotel room and sleeping in the bus station wasn’t an option, I walked into the howling fury of the storm. Almost immediately car lights came out of the swirling snow and stopped by the curb; the driver reached over and opened the passenger door.

“Indeed I do, but I have almost no money,” I said,

After the driver said it was no problem, I got in the car, and we headed, alone on the wide streets, for my new home. The driver, an African American with some gray in his hair said he had woken at 1:00 A.M. and hearing the storm outside could not go back to sleep. He thought someone might be in need of help, so he got in his car and drove to the bus station.

Finally, after numerous U-turns on the slippery roads, we reached the street where I lived. He did not want to take many money for the ride, but I insisted and gave him all I had. As I watched the tail lights of his car fade into the storm, my eyes welled with tears of gratitude for this angel of mercy.

That man forever changed my view of the city. I realized that love can live in the human heart anywhere.”

From about 1991 to 1996 we lived in rural Ohio. Today our home is in a suburb of a great city. But if you keep your heart open to it, no matter where you live, you will see that love can live in the human heart anywhere.

I Just Love Your Mom. You Wanna’ Know Why? Story Podcast #55