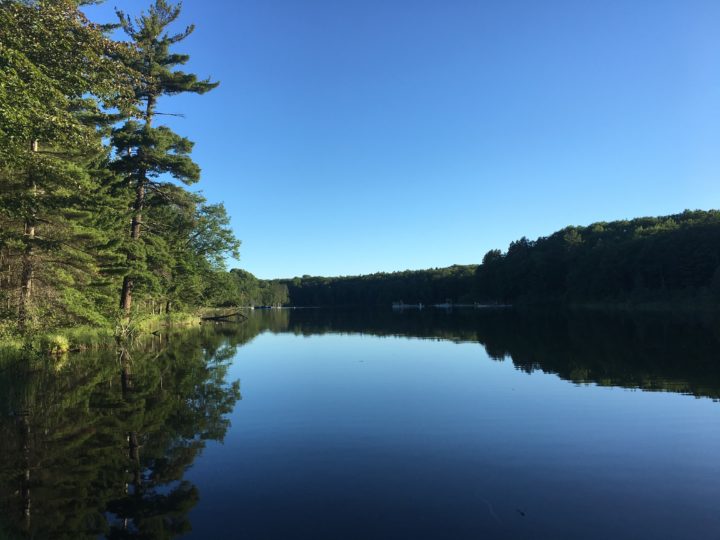 This picture was taken from a little footbridge on the northeast shore of Shear Lake on the property of Camp Barakel where I rest and reflect and pray as often as I can.

Some day I will tell you the time and place God released my soul from seeing ministry as an unrelenting burden. It is a beautiful story. But for now let me say that among other providences He used a delightful little book by Vance Havner called Pleasant Paths In one of the chapters Havner wrote of Jesus pace and His teaching on rest:

“Our Savior’s calm, peaceful journeys over Galilee with a band of plain fishermen and lowly workingmen would have exasperated some of our modern church specialists who would have rejected the twelve because the didn’t have college diplomas. But, after all, that lowly group started something that has never stopped, and we moderns cannot begin to match the gait of Galilee or the pace of Pentecost.

Our Lord never wasted His time. There are other ways of wasting time than by just doing nothing. It can be wasted by doing too much. Idleness is the devil’s workshop, but so it the wrong kind of busyness.

The Bible has plenty of verses to stir up the saints, and most of the saints need stirring. But there are just as many verses about resting in the Lord. He does not favor loafing, but He does not frown on resting. It is a poor song that has no rests in it. Jesus was busy but never in a hurry.”

Jesus said “Come to me all you who are wearly and heavy-laden and I will give you rest.”

All Ground is Holy Ground