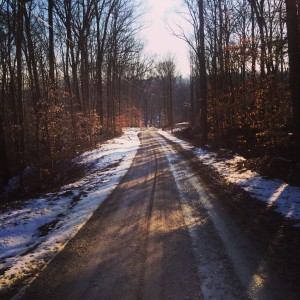 Where were you when creation first dawned on you? What was it about creation that first took away your breath or made your heart beat fast? Was it a pounding surf, or a vast night sky? Was it a mountain range or a cluster of glorious hills? Was it the first Dogwoods in spring or the first flush of autumn? What was it about creation that gave the first tug on your heart upward to God or put a question-mark in your soul about things ultimate and eternal? Was it the call of the Loon on a northern lake, or a gaggle of geese honking their way across a grey October sky against the face of a full moon? Was there something in the scent of the lilac at the corner of your house borne on the evening wind wafting your curtains? What was it in this vast created universe that stirred your thoughts godward? Was it a sunrise or a sunset over Lake Michigan that snatched your breath away in wonder? Was it the sound of frogs or crickets on a summer night—music in the moist night air?

David said; “When I consider the heavens the work of your fingers, the moon and stars that you ordained… what is man…?” He said; “The heavens continually shout the glory of God. The sky is his handiwork.”

When did God’s creation first draw you toward God? Was it when you first looked on the face of your own child fresh from the womb that your knees bent in worshipful wonder to God?

I think I remember the exact place and time. I was spent from a long day of stacking bails of hay wagons and throwing them into the hay mow. I was full from a picnic in the evening or pork and beans and potato salad and fat burgers and sweet tea and watermelon. I was tired from an evening with my sister and my brothers and by cousins impatiently fishing for catfish and crappie and bluegills and bass in the pond with cane poles. The sun had set and the farm had grown quiet. I was lying on the porch secure and happy—just resting. The sun had gone over the western hills and away hours ago and for the first time this boy who lived in the suburbs of a major city focused out into the inky night sky and what I saw there has never left my heart.

There was only one night light on the old farm, it was a mercury vapor light on a pole over the garage. It cast a single ring of light so a person could make their way into the house from the car. The light was off. Other than the soft lamps glowing within the house there were no other lights anywhere in sight than the thousands upon thousands of distant suns shining out in the vastness of the night sky.

My little heart just drank in the beauty and the mystery of it. In my mind I tried to imagine the size and the scope of space. How far did it go and how long has it been there? It it true what they say—it has always been and it has no end? I tried to wrap my young mind around the idea of eternity lying there on the porch looking out into the night sky. I tried to imagine infinity something that goes on out into space and has no end. It was beyond my ability to reason.

Without realizing what was happening in my soul I’m sure that it was then that I began to sense that there are things about God and his creation that can be experienced and enjoyed but not explained. There are things about God and his scope and size—things about his power and eternity that I can not understand or explain, but they stir my heart to worship and wonder all the same. I would not have called it worship at the time, but that is what it was.