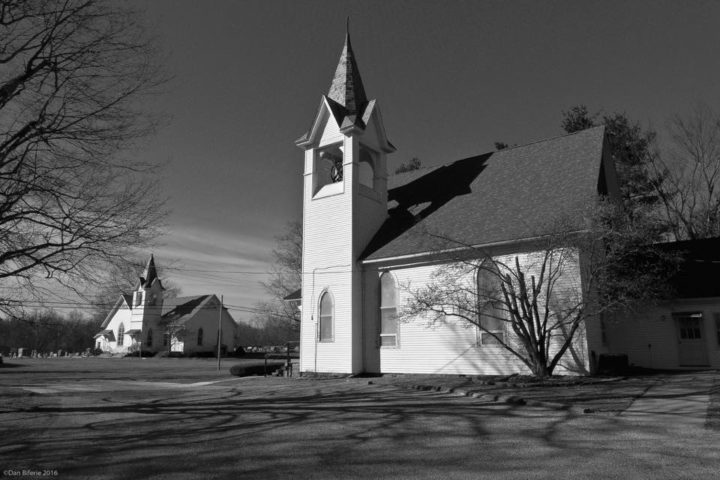 [photo credit to Daniel Biferie. His photo of the Brandon churches captures the heart of what I write about here].

I used to shepherd a village church in Ohio. There were two churches in the village, about fifty houses, a general store, a township hall, a cemetery, and a park tucked in the crook of a meandering river. I pastored the Baptist Church directly across the road from the Methodist Church. The churches were almost twins in architecture, simple white clapboard and spires pointing heavenward. We had a brick educational wing. They had a basement. The Methodists had no scruples about raising support through strawberry suppers and ice cream socials. The Baptist wouldn’t think of raising money for the Lord’s work like that, but their convictions were not deep enough to keep them from enjoying Methodist ice cream and strawberries.

We subscribed to the fundamentals of the faith, they considered themselves a little more enlightened. They were more likely to have a pastor who was neo-orthodox or even liberal in theology. (Norman McLean said Methodists are just Baptists who can read. I read that and I’m a Baptist. I guess that’s what you get for reading Presbyterians).

Once a year we joined the congregations together on Thanksgiving eve and agreed on one thing, that we owed thanks to the Lord for another year of soft showers, gentle breeze, nourishing sun, healthy children, freedom to worship and other evidence of God’s eternal bounty. Since he causes his rain to fall in the just and the unjust alike, I guess that would include most Methodists and Baptists too.

Important theological distinctions aside, on a Sabbath morning the sound of both bells mingled together and drifted across the village and surrounding fields summoning families to worship. Our services started at the same time. They ended roughly the same time too except that the Methodist preacher was also in charge of two other churches so when he was done in our village he had to drive over to another village for a service right away. He did not have time to enjoy the luxury I did of circling to land his sermons.

On a nice day the ushers would swing the main doors open and leave them open throughout the service. Sometimes you could hear birdsong between hymns. Sometimes you could smell new mown hay. At the conclusion of the Methodist service they would ring their church bell again. On a nice day when our church doors were open I am quite sure you could hear the Methodist bell ringing in the Baptist church better then they could hear it themselves. It happened from time to time usually just as I was building toward the climax of my message.

One summer morning one of the Methodist children got permission to ring the bell at the conclusion of the service and the ringing must have gone on for five minutes. I tried to preach over the sound but eventually I lost the attention of the congregation and had to stop. After a moment of uncomfortable silence the entire congregation erupted into laughter and we all just agreed to go have Sunday dinner.

I have heard of many creative approaches to getting a pastor to shorten his message. I’ve been threatened with termination, publicly shamed, even bribed with pot roast and home-made rhubarb pie, but this is one of the most creative approaches ever. You will never convince me that some of our people were not slipping over to the Methodists and paying them to ring that bell like the whole county was on fire. The culprits who hatched that evil plot should have been locked in the basement of the Methodist church and forced to listen to old sermon cassettes. Or at the very least they should be last in line down at the Sunday Buffet. You’ve gotta’ get this kind of thing stopped before it gets out of hand and plunges the entire church into neo-orthodoxy. 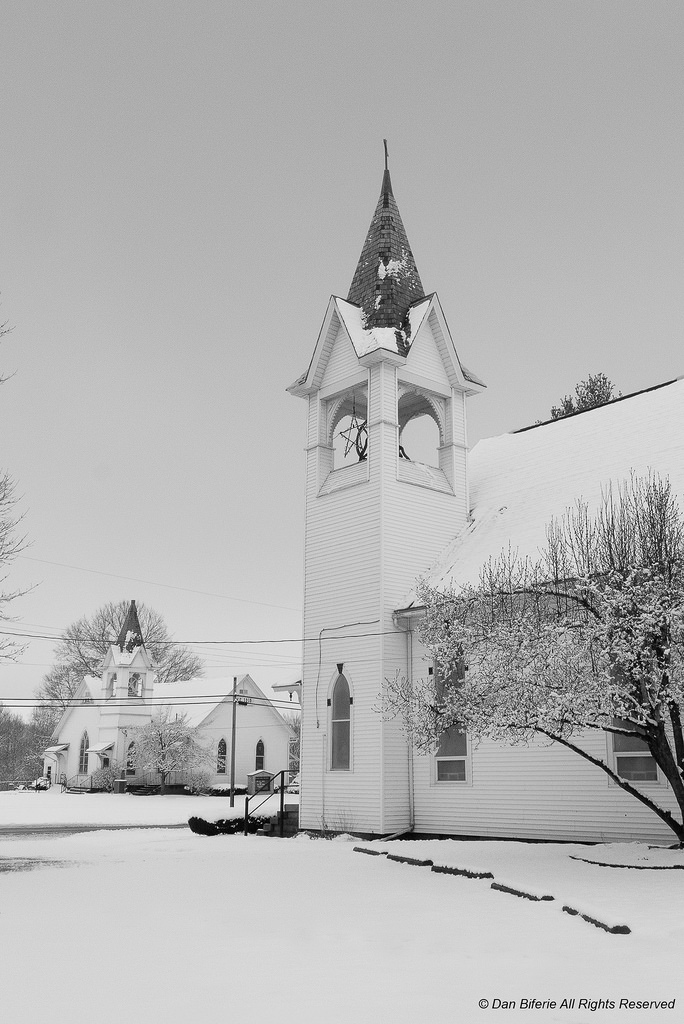 In the Sunshine of Eternity