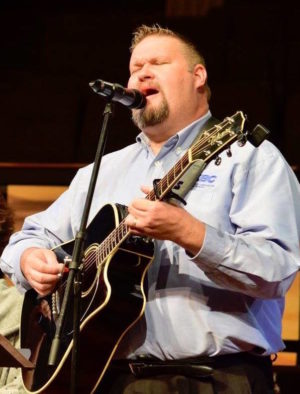 So after a session yesterday a cluster of mountain pastors were standing around swapping well-told stories. One of them was telling of a fella’ in his family who was good at woodworking.

Someone asked; “Did your dad teach you woodworking?”

“Well, where did you learn it?”

“The Feds found my moonshine still.”

“How did they find your still?”

“Well the hogs got lose and found it first and they got drunk, then the Feds followed the hogs they found my still and then I learned woodworking in the Pen.”

At lunch I ate with two mountain pastors. One of them had been in the ministry for 50 years. He and his wife drove the mountain road down to Oneida to hear me. His wife said; “I’m looking forward to hearing you preach. You’re handsome.” She may have had failing eyesight, but she had a good, sharp wit.

Another pastored one church for over 30 years. It was humbling to stand before them. They are kind people who love the Lord and the church and the ministry of the word. They listened and responded with great interest and kindness. I found myself asking God for many more years of fruitful ministry if it would please Him to allow it.

The music is being led by a giant of a man who’s name is Jason Stewart, but everyone calls him “Buba.” He used to drive Dr. Al Mohler, the president of Southern Seminary. He would make a great body guard. He towers over me at six foot seven and he is a big man, but he’s not really a bodyguard, he is a musician—a worship-leader and a very good one. He’s doing a great job, and if he wasn’t I would never tell him so.

I’m sleeping well and eating well and enjoying my time in the mountains this week. The only thing wrong with this picture is that my little hillbilly wife is not in it this week. I will return with her and we will dance at Hoedown Island and eat up at Natural Bridge and hold hands a little and drink some Ale8 in cold, green glass bottles.

New Plans for the Red Jeep Journal in 2018