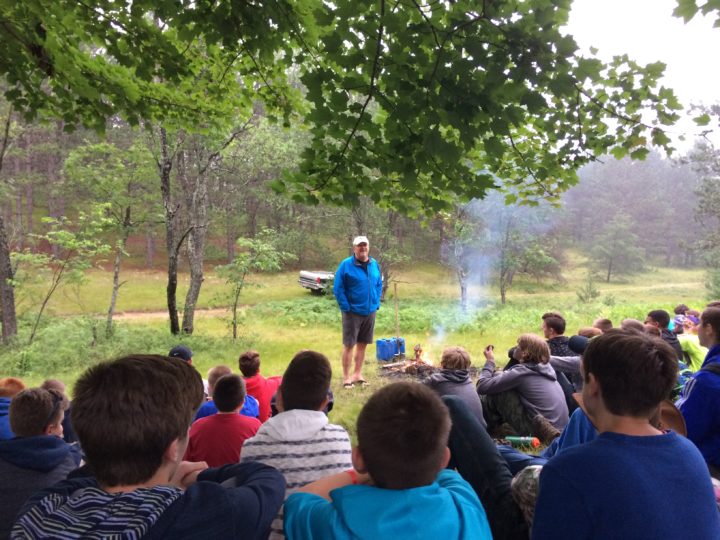 This week I’ve been in New York state. It’s beautiful here. They build camps in beautiful places, but it doesn’t take long to uncover the ugliness of sin just below the surface—even in beautiful Christian places.

The campers are a little more reserved here in New York than they were in Kentucky or some of the other camps where I speak. After I open my heart to them then tend to open their hearts to me. When they do open up the story is often the same.

Commonly it’s a story of the pain of having a parent who loves you, often a mother, who cannot break free of addictions. Sometimes the camper sits quietly after chapel and tells of the incarceration of their mother or dad, or they tell of a fractured home life due to drug or alcohol use. It is not uncommon at all for a camper to tell, like young Connor (not his real name) did last night, of his mother’s death due to a drug overdose.

One boy wept as he told of never meeting his father and always wondering when he looks into the face of a man on the street if it could be his father. Another tells of his mother calling one night to say goodbye. He said; “I’ll see you in the morning,” but he didn’t because after she got off the phone she took her life.

My messages are filled with stories. Campers will frequently ask; “Can I tell you my story?” Conner stood quietly on the outskirts of my conversation with another and waited his turn, then he quietly said; “Can I tell you about how I met God?”

“It was when my mom died of a drug overdose. I think she took drugs because she was so sad she couldn’t see us kids. I went to her funeral and I was looking at her in her casket. I didn’t cry but right then I knew God was telling me to follow him.”

A storm had come through earlier in the day and power-washed the camp. It brought cooler air. We sat down on a bench and talked for a while in the cool evening. He told how he stayed alternately with grandparents and other relatives. He does not see his father much. He is only thirteen and his mother is dead.

We prayed and he thanked me for listening to his story. He said; “If it helps other kids follow God you can tell my story.” Then he went off to get a snack.

Camp will end today and I may never see Conner again, but this camp will be here for him—a beautiful place where he comes every year. Here in sight of a pristine lake, kind people use Scriptures and songs and food and games and quiet conversation to show the beauty of Jesus to a young boy who has had to experience some very ugly things.

New Plans for the Red Jeep Journal in 2018